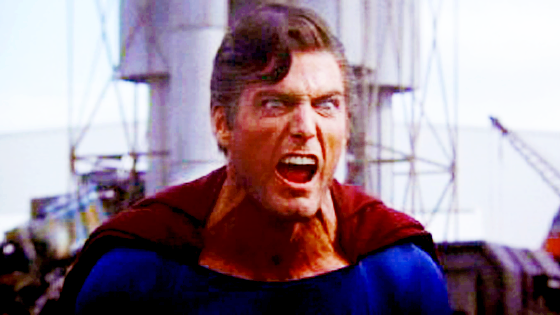 Don’t let the headline fool you, the battle for Superman’s soul isn’t over. Okay, soul is a bit erroneous. And over-dramatic. The fight for Superman’s wondrous money-making capabilities isn’t over. That doesn’t mean there haven’t been ebbs and flows to the case. The latest has the tide turning in DC’s favor. What does this all mean?! I have no fucking idea.

A federal judge confirmed Wednesday that the heirs of Superman co-creator Jerry Siegel relinquished any claims to the character in a 2001 agreement with DC Comics. However, that seems unlikely to end the nearly decade-long legal battle over the Man of Steel.

The order by U.S. District Judge Otis Wright III follows the January decision by the Ninth Circuit Court of Appeals that the Siegel heirs had accepted a 2001 offer from DC that permits the publisher to retain all rights to Superman (as well as Superboy and The Spectre) in exchange for $3 million in cash and contingent compensation worth tens of millions — and therefore were barred from reclaiming a portion of the writer’s copyright to Action Comics #1.

Unwilling to give up, Siegel attorney Marc Toberoff introduced a new strategy earlier this month, arguing not only that the Ninth Circuit didn’t settle all of the outstanding issues but that if there was a contract, then DC failed to perform: “DC anticipatorily breached by instead demanding unacceptable new and revised terms as a condition to its performance; accordingly, the Siegels rescinded the agreement, and DC abandoned the agreement.”

According to The Hollywood Reporter, Wright left it to the Siegels to pursue a breach-of-contract lawsuit in state court, saying, “Because the court finds there was no rescission, acquiescence or abandonment as a matter of law, the contract remains in existence and enforceable.”

Tags: DC Comics, I See, Jerry Siegel, Joe Shuster, MARC TOBEROFF, Superman, Warner Bros., Well Then, what are we going to do about this