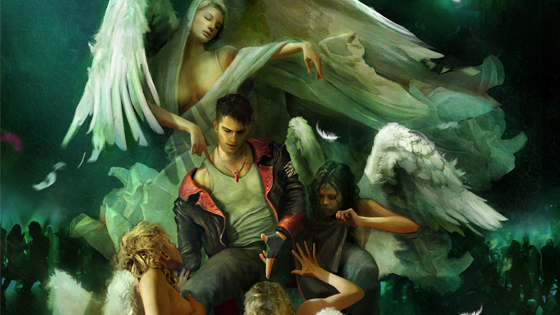 It’s perhaps only in retrospect that we can see just how contemporary Devil May Cry was upon its release in 2001. The frantic, accelerated combat mechanics represented an industry pushing hardware to have games play as we’d so often wished they would. It was fast, brutal and responsive. It also introduced the series’ main protagonist, Dante, into the gaming public’s consciousness. This smart-assed, pizza-loving, sharp-dressing demon hunter went on to become the archetypical ‘cool’ video game hero. Fuelled by perceptions of the contemporary taken directly from the worlds of Anime and perceived notions of western ‘cool’: Dante was a product of his time and being contemporary was his nature. So, what happens when your contemporary character isn’t quite so cutting edge any longer? You reinvent him, of course.

In steps Ninja Theory: the UK development house that began honing their skills for storytelling and robust combat with the release of Heavenly Sword back in 2007. Since then they have gone on to strengthen their character with Enslaved: Odysssey to The West, a title that in no small part surely helped them become trusted enough to handle one of Capcom’s most cherished franchises. To say they had to prove themselves would be a grand understatement. Not only did Ninja Theory have to silence legions of reactionary fanboys – willing to burn the developers at the stake over Dante’s visual redesign – but they also had to convince true fans and seasoned critics that a western developer could provide the kind of suffocatingly-tight and rewarding combat for which the series was famed. Ninja Theory, for all their enthusiasm and passion, must have surely upped their toilet break frequency when they realised that this powerhouse franchise brought more baggage with it than the Louis Viton Don. The task that lay at their feet was to re-invent the series and attract new players: all whilst striving to satisfy a long-standing and entitled fanbase hungry for more of the same and a new challenge. Satisfying two groups with directly-opposed interests? Good luck with that.

Truthfully, the struggle to maintain balance between old and new within DmC is overbearingly evident. All at once I find myself in awe of the measured combat: refreshing in its accessibility and variety. Yet, in the same train of thought I find myself questioning whether or not a game like this has any place in the current market. After all, we now live amongst a generation of gamers raised to believe that spectacle and value for money are the key components of a likeable video game. Dante was born into a world that valued precision; imagination and refinement and yet now, in his reincarnated form, Dante is thrust into a world that is rarely not viewed down the barrel of a polygon-rendered gun. 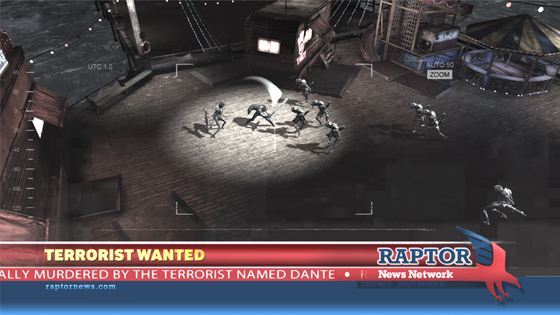 Step One: A New Coat of Paint

Fuck my puns. Let’s face it: that Dante of old was, and still is, a very entertaining kind of dick, but there’s no denying that the early-millenium anime swagger is old and faded. Whilst obsessing over pizza and slaying demons is most definitely back in, white hair, an exposed torso and a red overcoat most certainly aren’t. Whether you like it or not, audiences today seem to crave something more tangible: a more believable and relatable brand of demon hunter, if you will. Perhaps it’s something to do with being raised in an era of high-budget, well-written TV drama, but the old Dante just couldn’t escape the inevitable route of self-parody if he were to exist now. And whilst parody is something that the series has flirted with in the past, after Bayonetta provided audiences with hyper-excessive absurdity and the tightest gameplay in the known universe, this route seems all the less appealing. Whatever legions of vocal nerds with an unhealthy attachment to a shirtless floppy-haired sass merchant may tell you, Dante needed reinventing.

Contemporaneity is Dante’s very essence. Just as he once was a product of his time, he needed to be yet again. Dante’s redesign may not make him the most memorable character, but it certainly allows him to fit the remit of being perceived as cool and of being a figure that is indicative of contemporary pop culture. He’s still a dick and he’s garnered more of a response than Capcom could have ever hoped for. The new Dante is exactly the kind of antagonist little shit that he should be. 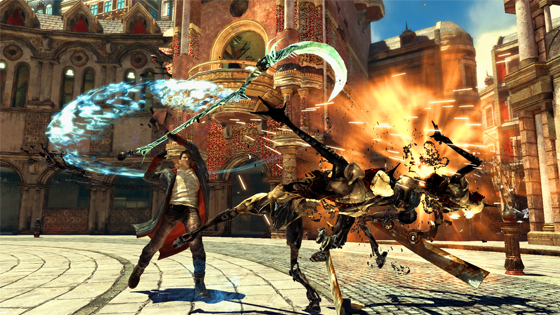 Step Two: Living up to past standards

The Devil May Cry series is not without its flaws, but the series overall has become synonymous with accelerated and stylish combat: a brand of action that would be severely lacking were it not for Dante. If anything, giving the character a much-needed visual overhaul was the least of Ninja Theory’s worries: they had to live up to standards of combat mechanics that Japanese developers pretty much have the monopoly on. Luckily, Capcom were on hand to assist with this element, leaving DmC’s combat feeling as responsive, brutal and as precisely engineered as it ever did. Even if you aren’t on board with the series’ inherent contemporary nature, or that Dante’s new type of douchebag isn’t a perfect design choice, then take solace in the fact that there is no fault to be found in DmC’s theatric and gratifying bloodletting.

DmC almost seamlessly blends varied combat opportunities and accessibility into a system that should satisfy both the newcomer and the seasoned pro. For the old-timers you have the Devil May Cry play styles of yore and the characteristic range of weapons combined into a more concise system that provides just the right amount of variety. For those yet to be schooled in the ways of the combo, you have an intuitive, forgiving combat system that won’t punish you for not being perfect. Despite my praise, it’s hard to ignore that this is the only aspect in which DmC lets itself down. There is, unfortunately, no true way of satisfying hardcore players used to punishing combo chains, without deterring anyone new. Simply put, the game isn’t insulting, just accommodating. It’s only after typing those previous few lines that I realise how blatant my own wanker status is. Who gives a fuck about complex combo chains and ‘serious’ challenge? Devil May Cry, as a series, should be about needless, overly stylish combat and empowerment. On every conceivable level of these aspects, DmC exceeds expectations. It’s idiotically slick, amusing and gratifying in equal measure.

The ‘fan’-led fight against re-invention, or change of any kind for that matter, is not a new problem for video game culture. Pick any corner of the internet where gamers choose to express themselves and you will find swathes of entitled voices crying that the future of their franchise is not in line with their lofty personal expectations. Perhaps being a Star Wars fan has taught me a valuable lesson: they owe you nothing and will act accordingly. Money is to be made and if your tastes are deemed unfashionable, then you can consider yourself neglected. Healthy human beings rationalise these business decisions and factor in the astronomical cost of video game production: remembering that these products need to make maximum return in order to ensure future sustainability. In the case of DmC, change is good. 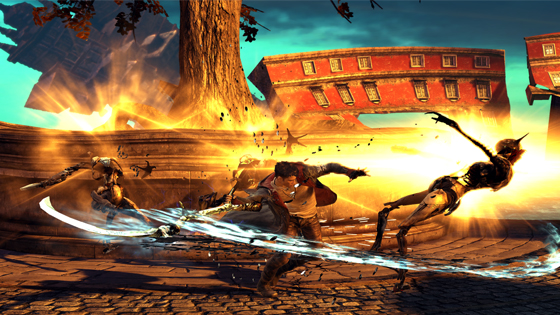 DmC works harder than any game should ever really have to and it’s for that, if nothing else, that it should be applauded. Ninja Theory inherited a franchise with sequels of varying quality, but yet a seemingly rabid fanbase. And somehow, despite the franchise being built upon some of the most solid and characteristic gameplay mechanics ever seen, most discussion concerning DmC centres around the fact that they changed Dantes colour palette. To have made a game of this quality should result in permanent hat-removing in Ninja Theory’s direction. Actually, lets ban the hats when these guys are around.

When the core of a franchise is based around remaining contemporary, there is no avoiding change. Convince yourself that this hopelessly ‘now’ incarnation of Dante is shameless if you wish. You wouldn’t even be wrong, but if you thought that the red coat and white hair combo that we’re so accustomed to was ever any different, then you have self-perception issues that I can’t help you with, friend.