‘HELLBLAZER’ is cancelled, to be integrated into New 52. F**k everything. 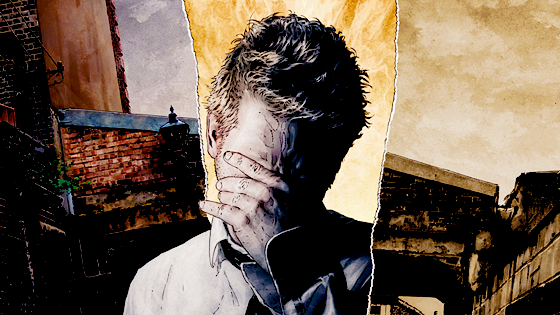 Hellblazer has been cancelled. Don’t worry, folks! It’s going to be stripped of its edge, declawed, and integrated into the DCU proper. This is so, so, so fucking dumb. No, hey. It’s cool. Dan DiDio is supremely proud of the title. This is why he has axed it, and is going to neuter the fantastic John Constantine. As an aside, if you haven’t read Garth Ennis’ ridiculous delicious run on the title, use this bad news to motivate you.

Seemingly in response to blowback from Thursday’s surprise announcement that one-time Vertigo flagship Hellblazer will be canceled and resurrected in the New 52 as Constantine, DC Comics has released a statement from Co-Publisher Dan DiDio expressing pride in the nearly 25-year-old series.

“We’re supremely proud of Vertigo’s Hellblazer, one of the most critically-acclaimed series we’ve published,” DiDio said. “Issue #300 concludes this chapter of Constantine’s epic, smoke-filled story in style and with the energy, talent and creativity fans have come to expect from Peter Milligan, Giuseppe Camuncoli and Stefano Landini. And no one should worry that John is going to hang-up his trenchcoat — he lives on in March, in the pages of the all-new DC Comics New 52 ongoing series, Constantine, by writer Robert Venditti and artist Renato Guedes.”

If the statement was meant to soothe fans of Hellblazer, the only remaining title from Vertigo’s 1993 launch, it didn’t work. One commenter on the DC Comics blog insisted that, without the comic’s trademark vulgarity, nudity and adult themes, “it cannot possibly be the same.” Another referred to the upcoming Constantine as “basically Hellblazer-lite.” Still another fan offered his take on DiDio’s comments, summarizing, “We are very proud of Hellblazer so we are cancelling it. This logic is perfectly sound!” (At our sibling blog Comics Should Be Good, Sonia Harris offers her own thoughts on the announcement, and ideas for making Constantine for financially lucrative.)