Chew your own face off: It’s Resident Evil 6 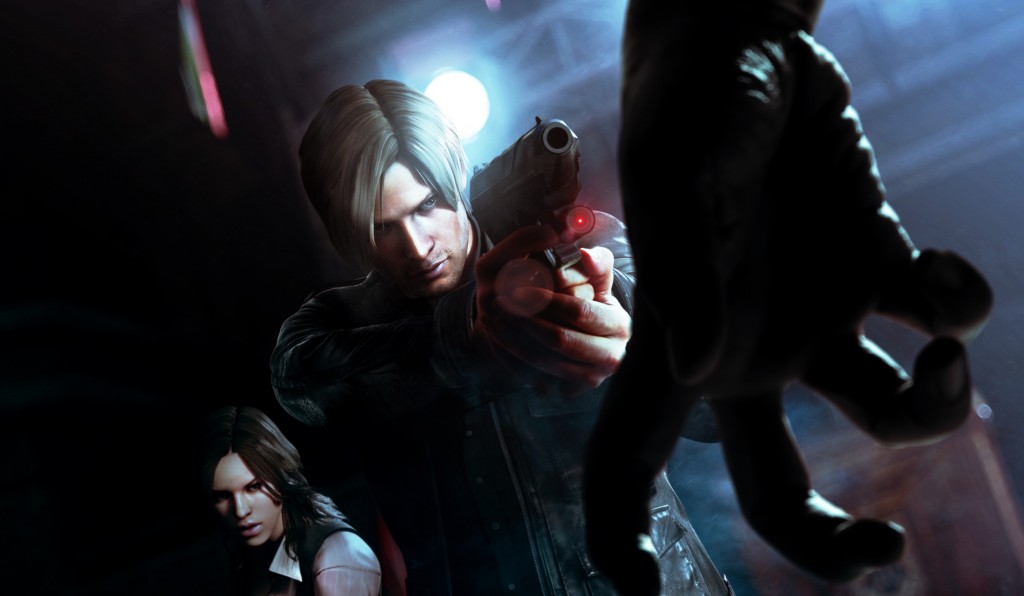 Whether it be good or bad, Resident Evil 6 is getting written about and talked about a whole lot. Every gaming website seems to be running a ‘best bit of a bad game feature’ or a condescending guide on how you’re playing it wrong, all just to keep that sweet advertising revenue rolling in and make sure they avoid another Jeff Gerstmann situation. That said, review scores have hardly been kind to the latest installment of the Resident Evil series and it isn’t hard to see why.

For all of its mis-fires and forgotten spin-offs, the Resident Evil series has always been a bankable prospect when it comes to its main-cannon, numbered installments. Resident Evil 5, for all of its hastily patched attempts to avoid more racism charges, was a decent co-op game that had its own distinct sense of atmosphere and a willingness to try to escape from the shadow of the all-conquering Resident Evil 4. Now, we find ourselves at the sixth installment; even further detached from the series’ comfort zone and struggling for relevancy in an increasingly diverse marketplace.

Capcom’s answer to the unquenchable appetite of contemporary gamers is to stuff RE6 with every fashionable feature and design trend of the past five years. Social network integration, hackneyed attempts at overshadowing cinema, and a strictly enforced team mechanic are its defining features: if you can call anything about this game definitive. If there is any overriding sense of character, it’s simply that this sixth entry is a mess of non-cohesive ideas that represent a series in crisis. So much of the disappointing window-dressing would be forgivable were the game at least functional; robust and satisfying. These are words of praise that I can always count on being able to level at a Capcom title, being as they have so fluently spoken the language of control for decades. Yet, with Resident Evil 6, I am lost, heartbroken even: as I watch my character meander around the screen like a kid who’s just had his training wheels removed. It’s almost as if Chris Redfield and Leon Kennedy are guest-starring in a two-bit title from some young upstart developer: their years of experience seemingly lost as they drunkenly crash into walls and struggle to navigate the most simple of corridors. The joke would almost be funny, were it not so cruel, or were it not on you.

The game opens with what I can only refer to as a series of barley interactive cutscenes, a painfully outdated feature: reinforcing the idea that this is most likely the product of marketing focus groups rather than a game that is consciously trying to stay contemporary or reinvent itself. This mentality persists throughout, as menial set pieces, dull bosses and an unhealthy obsession with wrenching control from the player all do their part to spoil your fun. Control and immersion are stolen from you dissatisfied hands with startling regularity and you are forced to watch the most vanilla of Michael Bay-esque action sequences, or – if we’re being factual – a series things crashing and/or exploding in front of your prescribed route, forcing you to take another. Shockingly illogical menus require you to memorize an unnecessarily complicated control scheme and actively punish you if you should forget. The constant nightmare here is that ten years of refinement within game design have been abandoned in favor of an over-saturated, confused mess that attempts to appear cool and relevant. With three separate campaigns, comes three different characters and with each of those comes three different HUDs, all with varied layouts. The menus are confusing enough without them being different for each character, but you’ll probably learn it all eventually. It’s probably not a good idea to rest easy in that knowledge though, because the game doesn’t have a pause feature. An oversight? Almost definitely. A homage to Demon’s Souls? Possibly. Whatever the reasons behind this decision, the end-result is still the same: you, the player, get unfairly punished by a game that at no point requires you to exhibit any level of skill. It’s a cheap-shot at difficulty and it hurts every time.

Poor signposting makes for frequent deaths in veteran mode, yet casual is insultingly easy: allowing you to meander through whilst your AI partner wipes your ass for you. Either way you get screwed and the Dead Space-esque signpost beacon is of little use when surrounded by zombies or firebombing helicopters. In a game so obtrusively designed, a clearer, more dynamic on-screen waypoint marker or listed objective would have saved countless unfair deaths. It’s at this point I find myself asking the question : ‘Is all this terrible design some sort of allegory for the unrelenting horror experienced by the characters?’ If that’s the case, then Resident Evil 6 is an absolute masterwork, because I actively hated myself – with my functioning eyes and hands – throughout every second of play.

Seven years after Resident Evil 4 re-invented the wheel, we find the series more desperately in need of a refresh than ever before. The beloved atmosphere and skilled gameplay that defined the earlier titles have now been substituted with online stat-tracking and a system that is designed to be persistently online. The kind of precious save files that used to inspire pride and remind you of your greatest victories are now overshadowed by soulless online lobbies that strive to claim pointlessly low numbers away from the likes of Call of Duty and hopelessly try to convince you that this is the future you were willing to pay for. The greatest shame of all is seeing such a lucrative and once-great series being reduced to a homogenized mess of ‘buzz-features’ and unwanted trends. It’s a poor attempt to modernize a series perpetually in crisis since Shinji Mikami’s departure. Whether this whole affair was a misguided, failed experiment, or a heartless attempt to cash in on dying trends remains to be seen; but one thing remains maddeningly clear; that this is the most memorable entry to the series yet; but for all the wrong reasons.

The amount of features and variety in the package certainly offers a certain sense of value for money, but there’s no escaping that all it really means is that Resident Evil 6 is little more than a Jack of all trades, master of none. It crowbars almost every outdated design trend into one package in an attempt to stay hip, yet it detracts more credibility from the series’ good name than I ever though possible. You’re not fooling anyone, guys and you’re breaking my heart.