Apple could be the first TRILLION dollar company between 2013 and 2015. Lots of iPhones, yo. 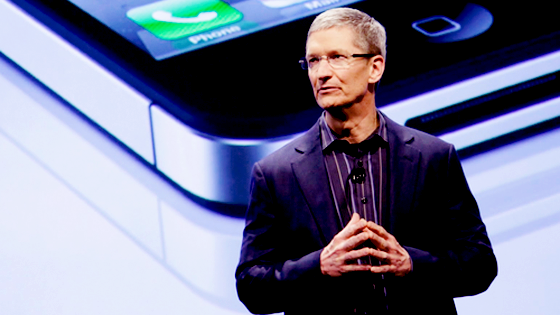 Apple is doing well. You probably knew that. Acolytes like myself line up and consume their products while plugging our ears to the horrors of factory conditions and the idea that other products could be superior. One result of this dedication is that the company may be poised to break the trilli barrier as early as next year.

Apple CEO Tim Cook was always a numbers man at Apple. Jobs was the business visionary and since Cook has been effectively operating the company, even before Jobs’s death, he’s proven to be a hell of a numbers man. So good is he at expanding Apple’s reach that on his watch, Apple has become the most valuable company in the world, and experts are now predicting Apple to be the first trillion dollar corporation some time between the end of 2013 and 2015 if trends continue.

According to Bilton, analysts and investors think a reasonable assumption given the current trends is that Apple will crack the $1 trillion plateau on April 9, 2015, at around 11 a.m., which seems strangely specific all things considered. But, Bilton warns, there are other analysts (read: more fun analysts) who think Apple could do it within the year. Yep, they think Apple could do it by August 16, 2013. No specific time was given.

Having Apple skyrocket up the stock market charts with a bullet to the tune of another $350 billion is unlikely. “It’s hard to imagine Apple growing any faster,” said Michael E. Driscoll, chief executive a big data and predictive analytics company, who thinks the 2015 guesstimate is right. But with the new iPhone in an hour, well, anything is possible. It’s not even that wildly great of a phone. When the original iPhone came out, it was better looking and performing than anything else out there. The iPhone 5 gave us features offered in other phones with a smaller screen than competitors.

But the cult of Apple is strong with the young ones, as evidenced by his iPhone for him. The shock! Horror! Even in his response, after his post was passed around Twitter and , he doesn’t get what’s wrong. “Ultimately my goal was to make AT&T and Apple aware there was a problem, and that something should be done to fix it,” he writes. The scariest part is there are probably more people like him. With disciples this loyal and product calendar as predetermined as Apple’s, the trillion dollar mark isn’t hard to imagine.