Archives
« NASA hires SCENT CHEMIST to recreate the smell of space for us leadfooted bastards.
‘THE MASTER’ THEATRICAL TRAILER: The Theta levels are strong with this one. » 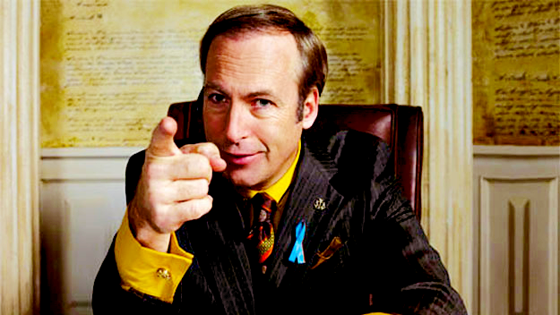 Saul Goodman getting his own show? Seems too fucking ridiculous to be true, and that is the reason I’d love to see it happen. Vinny Gilligan isn’t committing to anything, but that isn’t stopping him from talking about the possible adventure.

Gilligan spoke to IndieWire at Comic-Con and said that he and Odenkirk have talked about a possible spin-off and though it’s not in any sort of stage of production, he thinks it could work:

I would love to see a Saul Goodman spinoff. I can’t say that it is genuinely in the works at this moment, but certainly Bob Odenkirk and I have talked about it a little bit. I can’t promise that it will ever happen, but I think I personally, as fan number one of this world, meaning the first one to partake of these plot moments and whatnot, I personally would love to tune in and see a good Saul Goodman show.