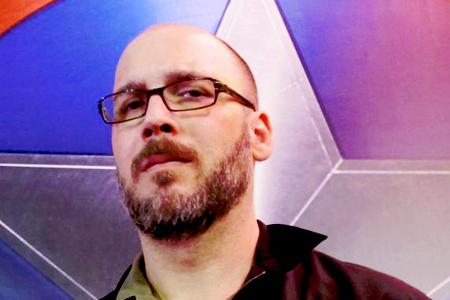 The exodus continues! Eddie Brubaker is making it known that once his run on Captain America ends he’s going to focus on creator-owned jams. I couldn’t like this more.

If I’m doing the math right, Ed Brubaker’s time on Captain America will end with issue #19 of the title. And while he’ll continue to write Winter Soldier “as long as I can,” the writer told Tom Spurgeon in an interview at The Comics Reporter that he plans to focus on creator-owned work versus picking up another work-for-hire project after his Cap run ends.

“I hit a point with the work-for-hire stuff where I was starting to feel burned out on it,” Brubaker told Spurgeon. “Like my tank is nearing empty on superhero comics, basically. It’s been a great job, and I think I found ways to bring my voice to it, but I have a lot of other things I want to do as a writer, too, so I’m going to try that for a while instead.”

Brubaker’s run on the character started in 2005 when he brought the long-dead Bucky Barnes back as the Winter Soldier, a brainwashed Soviet operative who clashed with Cap and eventually remembered who he really was. When Steve Rogers was killed in the well-lauded “Death of Captain America” storyline, Barnes took up the shield and became Captain America–at least until Rogers was brought back to life and eventually put the uniform back on. Those fantastical superhero plots seem secondary, though, to the overall tone of Brubaker’s noir-ish run on the title, which included everything a good Captain America run should have–intrigue, spy vs. spy plots and some real-world political references that piss off real-world political folks.

Brubaker’s final full arc of the series is being co-written by Cullen Bunn and runs in issues #15-18. After that Brubaker told Spurgeon he would write one final issue of the title.

“It was less of a decision and more just following my instincts, trying to make sure I’m only writing things I really want to write,” Brubaker told Spurgeon. “I used to have a lot of ideas for superhero stories, and they scratched a real old-fashioned pulp writer itch for a long time. But the past few years, I’ve wanted more and more to just focus on my own projects, and most of my ideas have been for new things, or things outside comics. I remember just sitting there with my Cap notebook, trying to figure out what to do after the next arc was finished, and suddenly I just was like, ‘I think I’m done here’ and it was this huge relief. I talked to Dan Buckley at Marvel, and told him what I was thinking, and he was really supportive of me, really great about it. I mean, I know I’m still going to be doing the Winter Soldier for a while, potentially a long while, but this feels like a major change, anyway.”

Now can we get Matt Fraction up on this ideological jam?