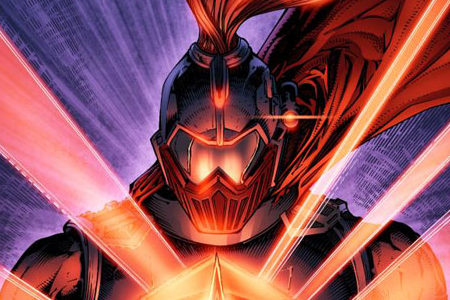 The big buzz this weekend in the funny book world is centered on a character that Geoff Johns created back when he was eight years-old. His name is Sir Laser Lot, and while I haven’t read the comic I’m pretty sure it’s better than the New 52 run of Justice League. Also, little known fact: when Geoff Johns was thirteen he created an Earth-17 character that was Hal Jordan and Barry Allen stuck in a permanent 69. The name of the character was “Every storyline I’ll ever write.”

As a prelude to this summer’s He-Man and the Masters of the Universe comic book revival, DC Comics and comiXology today kicked off a digital-first He-Man comic series. The first issue, written by Geoff Johns with art by Howard Porter and John Livesay, is available now for 99 cents.

The comic features Sir Laser Lot, a MOTU character that Johns first envisioned when he was eight years old. Sir Laser Lot will debut as an action figure this summer at the San Diego Comic-Con as a part of the line’s 30th anniversary.

“I’ve been a huge fan of He-Man and the Masters of the Universe since I was a kid, so it’s cool to write a story for this new series — not to mention teaming up with Howard Porter and John Livesay, my old Flash partners in crime,” stated Geoff Johns. “And to create an all-new character that will become an action figure – Sir Laser Lot — it’s beyond fun. I’m going to buy like 100 of them.”

The digital series will debut new chapters twice a month on Saturdays. The second chapter, due July 14, is written by Mike Costa with artwork by Jheremy Raapack, and it tells the story of Battle Cat. The third digital chapter, written by Kyle Higgins with artwork by Pop Mhan, is an adventure with the captain of the Eternia guard, Man-At-Arms. 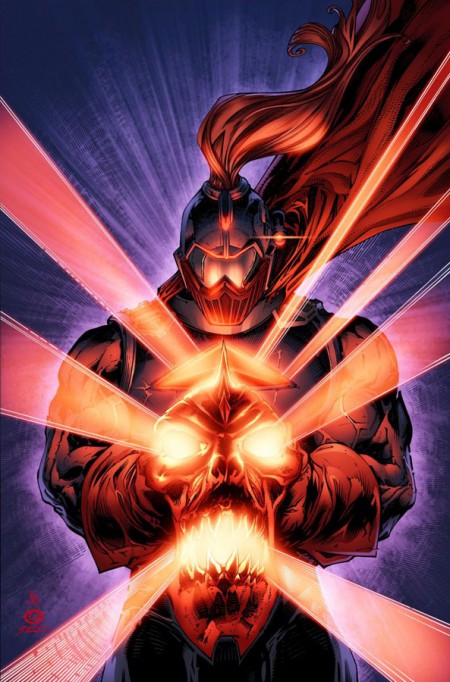