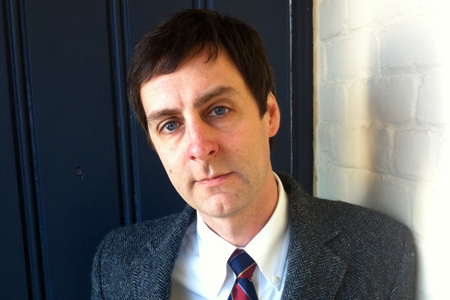 Eric Stephenson isn’t just Image Comics’ publisher, he’s also an opinionated dude with an interesting vision of the evolving market. The good sir has recently taken to his blog to expound on the virtues of independent comics as movie pitches.

Stephenson addresses the perception some fans have that many comics created today are merely back-door pitches for movies or television series. And while he admits that’s sometimes the case, even at Image, he argues it’s not a bad thing.

“Let’s pretend for a moment that virtually everyone writing and drawing creator-owned comics is only doing so because they want to shop their ideas around to Hollywood, so they can be turned into television shows and movies. Or both,” Stephenson writes. “Let’s say these creative people are so driven by ambition that selling comic books simply isn’t enough. They don’t just want their stories to reach comic book readers – they want them to reach the world. They want as many people as possible to read their stories, to look at their artwork, to experience their creativity.”

“Is that so wrong?” he asks. “Is wanting to expand the audience for your creative endeavors beyond the relatively limited horizons of the comics market really a bad thing? And have we seriously arrived at a place where it’s okay to cheer corporations on as their comic book properties are adapted for film and television, but any and all attempts by individuals to do something similar is scoffed at?”