Archives
« COMIC SALES In May TOTALLY CRUSHED ASS. Go Us!
The Dude’s High 5s: Top 5 Shitty Movies That I Love » 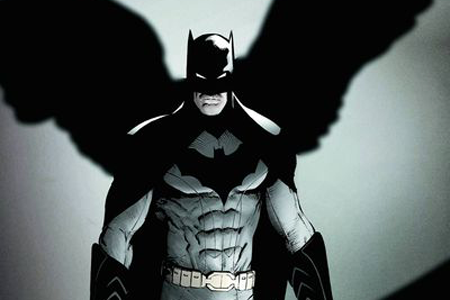 Hey friends! It’s time. Time to make the comic book list. I am endeavoring to craft this list amid a steady stream of flu-powered sweat dribbling down my dapper dome. Wipe, wipe, wipe my brow and then I continue soldiering on. Though I may be sickened even as tomorrow falls, I’ll take respite in knowing that I shall be sweating my grimy paws over some new funny books. Consider this my shamanistic powwow. I will share the titles that I hope shall pull me through my delirium. You follow up this vision quest by dropping the titles that you have staked out this week.

Batman #10
It’s totally a throwdown between the Owls and the Bats! Flying rodents of all assorts, clashing in mortal combat. Okay, I’m going to level with you. I haven’t read the ninth issue of Batman. Rendar just handed it back to me yesterday, and I haven’t had the time. That truth peeled back, I’m certain I’ll like it. How do I know? How does a cat know to lick its ass, eh? Flummoxed? I got you. Pinned down with my mind-laser. I just know. So yes I’m buying this issue. I will read it immediately after I read its younger sibling, and the two of them will spend their days discussing what a near-Saint I happen to be.

I told you, the sweaty delirium has a hold of me.

Also From DC: Depending on how many dollar bills ya’ll I’m going to spend this week, the latest issue of Frankenstein: Agent Of Shade could be interesting. Jeff Lemire is throwing up the peace sign and leaving the title, and he is being replaced with Matt Kindt. Good Kindt is known for rocking out on Revolver an his recently released new monthly MIND MGMT. 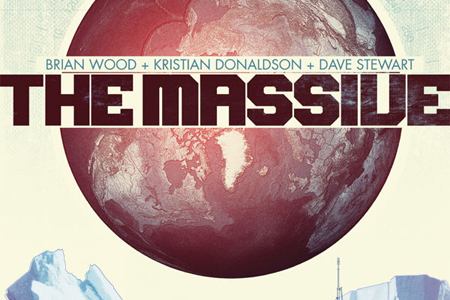 Massive #1
There’s a crackle and a pop in my soul whenever I delve into one of Brian Wood’s creator-owned works. A palpable sizzle. Goosebumps. Now normally I’d think that these sensations could be filed under Caffeine Overdose or Psych Med Withdrawal, but the sensations are typically isolated to his works. I just recently plowed through Channel Zero for the first time, and my goodness. I apologize for taking so long to read it, Sir Wood. I apologize indeed. It had the same prescient understanding of our culture’s upcoming forks that DMZ had much after it. If The Massive is anywhere near as riveting and tit-tickling as those two titles, I’m going to more than contented. Some creators just fit into a gaping ideological groove in your mind-soul. 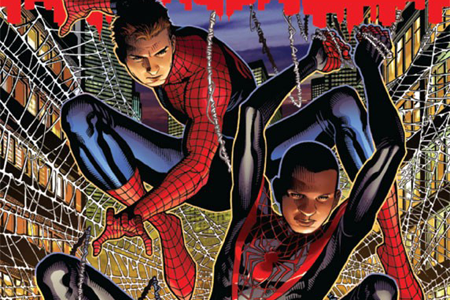 Spider-Men #1
I suppose I shouldn’t have imagined that I’d make it through a summer without buying into at least one event. Fuck Before Watchmen and Avengers versus X-Men versus Phoenix Lady, make mine Miles Morales. I do think it’s a bit of a stretch to call this mini-series Spider-Men, since little Miles seems a few years away from dry-humping pillows and screaming at his Mom asking her why he’s having such odd hairs showing up. Instead it’s creepy ass Parker stalking up into the Ultimate Marvel universe and hanging out with Morales. For sure, this move takes away a lot of the self-contained glory that was the Ultimate U. I’ll cop to that. However, Bendis is throwing rare strikes these days in Ultimate Spider-Man, and if you combine that with Pichelli art?

Also From Marvel: Rick Remender and Uncanny X-Force are dropping new laser hotness. This title has been one of my favorites, but goddamn does it ever seemingly come out too much. Every other week I am picking up a new package of Deadpool quips and Wolverine eviscerations. Too much of a good thing: does exist.

What are you folks buying this week? Hit me.