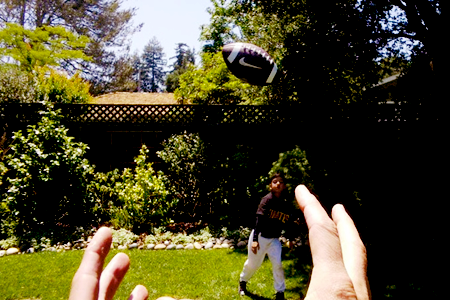 We’ve seen  pictures taken using Google’s new glasses  and, while some were ropey, others were fairly impressive. Now, Google has released the first video footage recorded using the device.

The clip lasts just 15 seconds, is shot in 720p, and is a first-person view from someone bouncing around on a trampoline. The quality’s not absolutely amazing–though, hey, it’s not bad–but then, we still have little idea what technology is crammed into the glasses. It is, however, pretty neat to see things from the exact point of view of someone else.

Google also released some more new pictures along with the video, which further demonstrate that the perspective they offer is pretty amazing.