SpaceX Making Another Launch Attempt Tomorrow At 3:44 AM EST 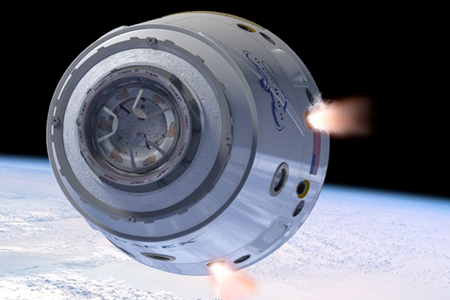 SpaceX had to cancel its attempted launch on Saturday at quite literally the last second. We ain’t talking the overused, played out notion of the word. They crushed the attempt with a second left, due to concerns over valves and uh, things. Tomorrow they’re going to give it another go.

The  on-again, off-again  launch of SpaceX’s unmanned Dragon capsule is on target for yet another attempt tomorrow (Tuesday) at 3:44AM ET. This comes after Saturday’s liftoff was  aborted at the last possible second  – quite literally – when a faulty check valve led to high chamber pressure in the engine of the Falcon rocket that Dragon is hitching a ride on. The hardware in question has now been replaced, and SpaceX claims that extensive tests have revealed no further problems. In another positive sign, forecasters are predicting an 80 percent chance of clear skies for the launch. if something should manage to prevent Dragon’s trip yet again, we can at least rule out the weather.

Assuming things (finally) go according to plan, Dragon will make a final approach toward the International Space Station on Thursday, and fully rendezvous with the ISS on Friday. From there, astronauts on board the station will complete the cargo phase of SpaceX’s mission. After a few weeks, dragon will head back towards Earth, eventually crashing into the Pacific Ocean near California’s southern coast. A successful test flight would see SpaceX become the first commercial, privately-funded company to ever send a spacecraft to the ISS, and it would then be free to proceed with a $1.6 billion contract covering 12 delivery missions to the space station.