Archives
« Trailer: ‘Borderlands 2’ Promises To Rip My Tits Raw With Awesome.
Malaysia Has An ‘Elder Scrolls’ Night Club. You Win, Guys. You Win. » 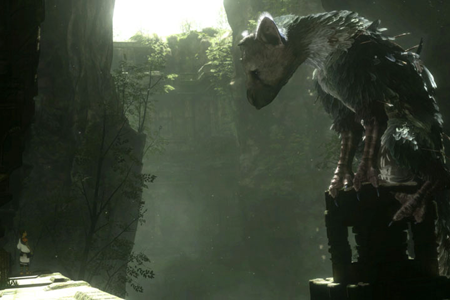 The Last Guardian. I’ve sweated the game for a while. Wanted it. Needed it. Then  Fumito Ueda left Sony and all of a sudden I began to despair. It wasn’t clear how this would affect the game’s progress. Now there’s news that other branches of Sony are being brought in to work on the game, and my asshole is puckering.

Sony Senior VP Shuhei Yoshida has confirmed to  Wired  that Sony Santa Monica team members are contributing to  The Last Guardian  — along with a few more. “Well, you know, it’s not just Santa Monica,” he says. “We have great tech people in Worldwide Studios. We have a central tech group in the U.S. and the U.K. so we are giving them whatever help they need. Technically, we have the best engineers in the U.S. and Europe, so these teams are helping them, giving advice.”

The Last Guardian  is still planned for 2012, but there seems to be little certainty over that time frame. “There’s a vision that we want to realize but it’s very very tough and technical issue that the team is tackling and some plans have to be made to evaluate and go through the process,” Yoshida says.

This can only mean poor things. The aligning of the stars portends not well, true believers! Bask in the dying rays of your optimism for this game.