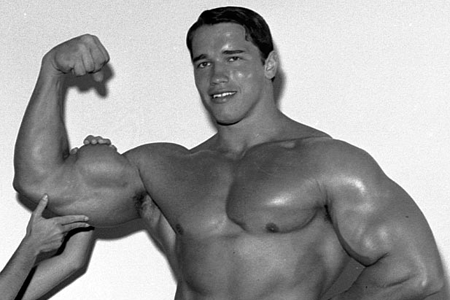 I wasn’t certain how I felt about the possibility of a new Terminator sequel until now. I had hemmed and hawed. Equivocated. Now I know. For when I saw news that Justin Lin met with Arnold and James Cameron regarding a new Terminator flick I was all fuck yeah!

Thanks to The Playlist for these quotes. Here’s what Lin had to say about his Terminator meeting:

‘Terminator’ is something I’ve been having a lot of fun with. Just even this week, I had a great meeting with Arnold and James Cameron, just sitting down unofficially. And James is so gracious because he’s not part of the project, he’s not going to be producing, but it was great of him just as a filmmaker to take time out to just talk.

He also added this:

Again, if I’m going to be kind of the gatekeeper to it, I want to make sure that I can hopefully build it up the right way — and so far that’s been the most fun. Just to be able to take James Cameron’s brain and for him to be so open even though he has no stakes in it, just as a human being, that’s something that I will always remember as a part of my journey as a filmmaker.

Justin Lin can direct a fucking action sequence. Say what you will about the Fast movies (hint: they’re awesome), at the very least Fast Five had one of the best action pieces I’ve seen this year. And Arnold? Get that fuck some HGH and be done with it. He’ll be ripped in no time.