Marvel Explains Why They Reveal Deaths To The Media Early. Hint, Money. 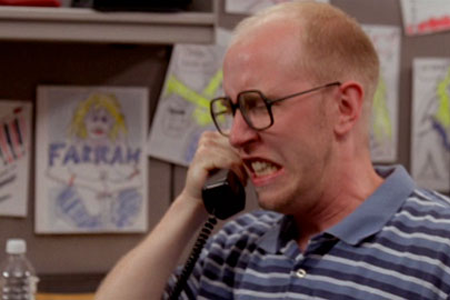 Last week, Marvel revealed the death of Ultimate Spidey in USA Today a day before it dropped on shelves. This seems to be a regular occurrence for the studio these days, so the intrepid souls at Comics Alliance wanted to know why. Fucking why.

Last week, the ending of the Death of Spider-Man story was revealed at major media outlets like the Associated Press and USA Today the day before the book hit shelves in comic book stores, to the consternation of many devoted readers (including our own David Uzumeri) who would have preferred to learn what happened by reading the comic, not a headline.

Several other major plot points in both Marvel and DC comics have also broken early at mainstream news outlets, including the deaths of characters like Captain America, Pa Kent and Johnny Storm, and the return of Barry Allen, prompting the same question from fans that we heard last week: Why do publishers do this? To answer that question we reached out to Arune Singh, the Director of Communications, Publishing and Digital Media at Marvel Comics to explain the strategy behind breaking major stories at mass media outlets, and why they believe it helps not just the publishers themselves but also retailers and even the mainstream comic book industry itself.

ComicsAlliance: In the simplest terms, why reveal major plot points through mainstream media outlets before the books hit the shelves? Why not wait until after the issue has come out?

Arune Singh: First and foremost, the goal of any mainstream media push like this is to help retailers increase sales and get new fans into their stores. The Death of Spider-Man news is news all over the world from here in the US to India to Japan — it’s a BIG story. This is news being read not only by comic fans, but lapsed fans and a lot of people who have never read comics before. If we can get people from those latter two categories into stores, we know we have a compelling story — that’s only getting bigger, by the way — that’ll keep them coming back. We’ve even scheduled Ultimate Comics Fallout to hit three times a month in the summer to capitalize on that excitement and give retailers an easy place to direct readers who want to see what happens after Peter dies.

I didn’t give a shit about the reveal of Ultimate Spidey coming early. I was most cheesed a couple of years ago when CAPTAIN AMERICA DIES was all over the place before I had any fucking clue. That blew. It also blew for retailers, who hadn’t been given any heads-up and they could have sold far more than they ordered. Singh likes to cite that droppin’ the bomb a day early helps retailers. I fail to see how revealing it a day early will allow the retailers to order more copies. To prepare. They claim it’ll send geeks into stores, but let’s be honest: they don’t care about specific stores. The geeks will flood everything, going wherever they can to find the title. It helps Marvel, and leaves retailers scrambling to find extra copies.

Unless I am failing to understand a mechanism in the distributioayss.

Furthermore, will it really drive sales to reveal it a day early? Like, if it was published every where the day of, intrigued new parties wouldn’t stream to the stores?

Read the rest of the article right here.