Most powerful space telescope ever will look into the “dark ages” of the universe. Careful, brother! 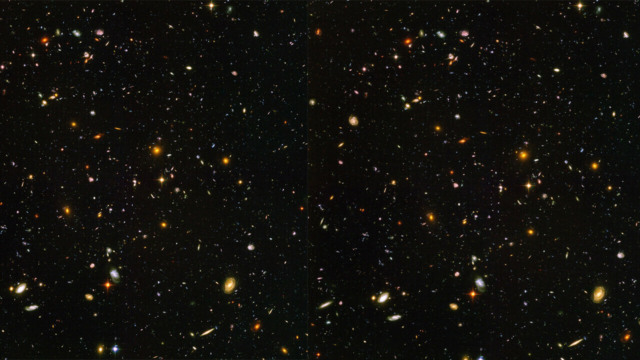 We must be careful when we peer into dark ages of the universe with the most powerful space telescope ever. For when we do, that motherfucker will peer back. Seriously though, I’m fucking stoked for what the James Webb telescope is gonna discover.

Some have called NASA’s James Webb Space Telescope the “telescope that ate astronomy.” It is the most powerful space telescope ever built and a complex piece of mechanical origami that has pushed the limits of human engineering. On Dec. 18, 2021, after years of delays and billions of dollars in cost overruns, the telescope is scheduled to launch into orbit and usher in the next era of astronomy.

I’m an astronomer with a specialty in observational cosmology – I’ve been studying distant galaxies for 30 years. Some of the biggest unanswered questions about the universe relate to its early years just after the Big Bang. When did the first stars and galaxies form? Which came first, and why? I am incredibly excited that astronomers may soon uncover the story of how galaxies started because James Webb was built specifically to answer these very questions.

The ‘Dark Ages’ of the universe

Throughout this time, space was filled with a smooth soup of high energy particles, radiation, hydrogen, and helium. There was no structure. As the expanding universe became bigger and colder, the soup thinned out and everything faded to black. This was the start of what astronomers call the Dark Ages of the universe.

The soup of the Dark Ages was not perfectly uniform and due to gravity, tiny areas of gas began to clump together and become more dense. The smooth universe became lumpy and these small clumps of denser gas were seeds for the eventual formation of stars, galaxies and everything else in the universe.

Although there was nothing to see, the Dark Ages were an important phase in the evolution of the universe.