Archives
« Most powerful space telescope ever will look into the “dark ages” of the universe. Careful, brother!
NASA planning to launch Artemis I Moon mission in February 2022. Let’s get this shit going! » 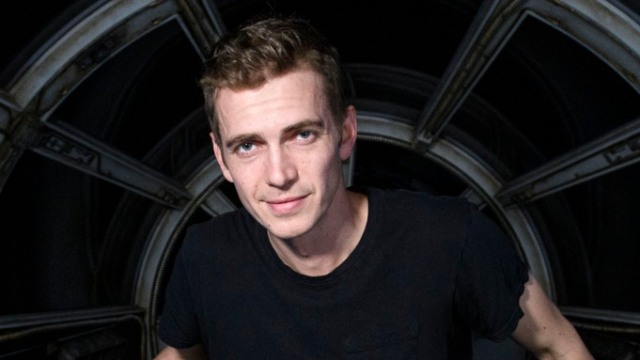 I’m all for the various actors of the Prequel Trilogy embarking on Redemption Tours in the Star Wars universe. Especially Hayden Christensen, who is officially a part of the Ahsoka series. The cast was done dirty by shitty directing, limp scripts, and, you know, an ass story. Unless you like the Prequels, in which case I’m sorry for your open head wounds, and I imagine you’re excited about this too.

Star Wars’ Ahsoka Tano is one of the best examples of how much richness there is to be found in the franchise when it manages to veer slightly away from focusing solely on the Skywalker family and its personal significance in the Force. Though Anakin Skywalker was a fixture in The Clone Wars, the series also gave Ahsoka time to evolve into an even more dynamic, compelling character—so much so that her eventual jump over to the live-action world in The Mandalorian was one of the more significant moments in the franchise’s history.

But even though Ahsoka’s very much her own person who will continue to follow her own path in Disney+’s upcoming Ahsoka series, starring Rosario Dawson as the titular former Jedi, her history with Anakin is still one of the most fascinating things about her that fans want to know more about. Ahsoka touching upon Ahsoka’s relationship with her former master was almost a given—but what was less certain was how, exactly, the show might go about it.

The answer, it seems, may be quite simple. Per the Hollywood Reporter, Hayden Christensen is set to reprise his role as the Chosen One (and noted Youngling killer) in Ahsoka, which is set five years after Darth Vader’s death. Though fans’ feelings about his stint as Skywalker may be mixed, Christensen’s coming to Ahsoka isn’t wholly out of left field given how the actor also had a voice cameo in The Rise of Skywalker, and how he was already slated to reprise his role for Disney+’s upcoming Obi-Wan Kenobi limited series starring Ewan McGregor.

Given the timing, it’s possible that Ahsoka might encounter Anakin’s Force ghost, and the two have the opportunity to hash some things out that they were never able to before he died. Or there could be something much, much wilder in the works that might put Palpatine’s whole hiding-in-secrecy business to shame, because this is Star Wars where all things are possible.