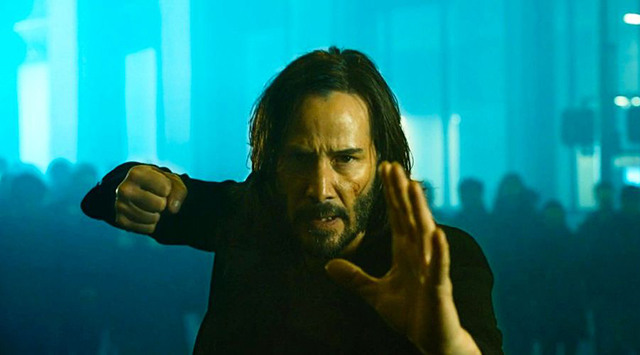 I’m fucking down to watch Keanu Reeves kick ass. Pretty much full fucking stop. Just let him mirk dudes and I’m there, which is why I was already excited for BRZRKR. But adding the writer behind The Batman gives me a bit more faith in the adaptation. Okay, fine. Have we seen The Batman yet? No. No! I’m just going on a little faith. A smidge. I don’t have faith in God or Government, so I need to direct my blind homilies in some direction.

While Keanu Reeves is no stranger to bringing iconic comic book characters to life, this year marks the first time the actor created one himself and, with all the success he’s seeing, it’s safe to say the multi-talented man is a natural. Back in March, Reeves, writer Matt Kindt, and illustrator Ron Garney released BRZRKR, a gruesome comic book series about a man doomed to a life a violence. Two week after the first issue hit shelves and sold a whopping impressive 615,000 copies, Netflix announced they were partnering with Reeves and Boom! Studios to create not one, but two adaptations of the instant-hit series.

According to reports, Netflix is currently working on both a live-action film and anime series based on BRZRKR. While neither Netflix nor Reeves have said much about the projects since they were announced (well, other than Reeves naturally expressing interest an playing main character “B”), a recent interview with Reeves published over at Collider shed some more light on what the studio is doing with the property, as well as revealed The Batman co-writer Mattson Tomlin (Project Power, Little Fish) has been attached to the film.

“We’re working with Netflix who have been very cool,” Reeves explained. “They’re going to let us do an R-rated story which is cool. My ambition or hope is not to do a filmed version of the comic book so that they’ll have things in common, definitely the main character and his kind of rule set, but that we can take it to other places as well. We’re talking to a couple of different animation companies and trying to figure that out. And, again, for me I’m hoping to be inspired and influenced…there are some rules to the story, but I also want other creators to do their version of it. So I’m hoping to do a different version of a metaverse where in the sense having different storytellers with one set of rules but go other places with it. We’re working on trying to set up a company with the animation and we’ve hired a writer for the film Mattson Tomlin. He’s been cool and just starting to put things together. That’s where we’re at.”

For those wondering what BRZRKR is about, the mature comic book saga follows an immortal warrior, simply referred to as “B,” who ultimately is doomed to live a life of bloodshed. Across his 80,000 years on Earth, the demi-god finds himself more and more drawn to committing violent acts at the cost of his sanity, until an opportunity to do the U.S. government’s dirty work in exchange for the truth about his condition arises. After years of senseless killing, the offer to fight for a purpose is just what “B” needs — as well as the information on how to end his grim and gory existence. The first issue of the 12-issue series was released earlier this year on March 3. The first volume, which collects issues #1-4, is available as of today.