Archives
« Beat Takeshi’s car was attacked by dude with a pickax. Which is the most Beat Takeshi headline ever.
Konami dropping massive ‘Castlevania’ soundtrack boxset this December. Holy moly, she’s a thick bitch! » 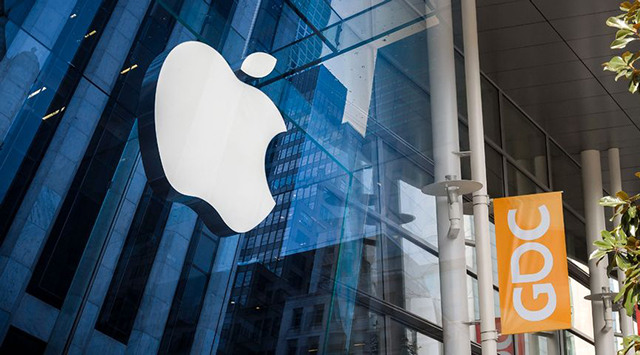 You know, I don’t really think of Apple as a gaming company. But, that failure is probably due to my own antiquated idea of what constitutes a gaming company. That fucking shit is on me, and I gotta correct it. ‘Cause man are they into gaming, and man do they make a fuckload of money off of it.

A new report from the Wall Street Journal suggests the tech giant made more revenue from gaming in 2019 than the three leading console platforms—Sony, Microsoft, and Nintendo—combined.

The report goes on to say that Apple’s gaming revenue could’ve been higher, as mobile analytics firm Sensor Tower claims the iPhone maker received $15.9 billion in revenue from the App Store in 2019.

The news arrives less than a month after a federal judge reached a decision in Apple’s ongoing legal battle with Epic Games, ordering the company to allow app developers to direct consumers to third-party payment methods outside Apple’s App Store.

The New York Times reported at the time that under the new rule Apple is “permanently restrained and enjoined from prohibiting developers from including in their apps and their metadata buttons, external links, or other calls to action that direct customers to purchasing mechanisms, in addition to In-App Purchasing and communicating with customers through points of contact obtained voluntarily from customers through account registration within the app.”

Back in 2020, Epic filed a lawsuit against Apple after its battle royale game Fortnite was removed from the App Store: “Apple’s removal of Fortnite is yet another example of Apple flexing its enormous power in order to impose unreasonable restraints and unlawfully maintain its 100% monopoly over the iOS In-App Payment Processing Market,” the lawsuit, filed in August 2020, read.

Shortly after the judge’s decision, Epic’s CEO Tim Sweeney announced that Fortnite would return to the App Store, writing “Fortnite will return to the iOS App Store when and where Epic can offer in-app payment in fair competition with Apple in-app payment, passing along the savings to consumers.”