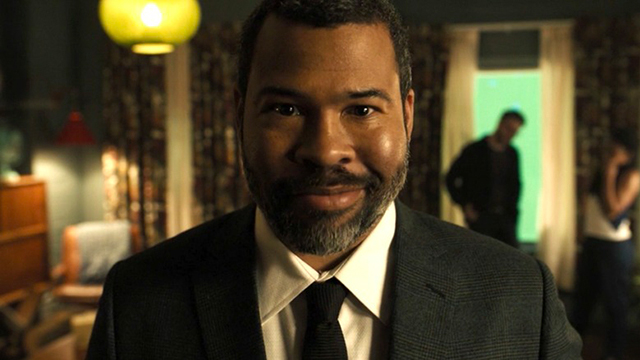 Monkeypaw previously had a first-look TV deal with Amazon Studios, which it signed in 2018. This new deal was made only easier following a strong stretch of success on the film side between NBCU and Monkeypaw Productions.

The new pact comes after the Universal released Monkeypaw and MGM produced Candyman, directed Nia DaCosta, bowed No. 1 at the domestic box office, becoming the first movie from a Black female director to achieve this milestone. Besides producing the film, Peele also co-wrote the film with Rosenfeld and DaCosta. Peele and Rosenfeld have established Monkeypaw as the premier destination for original storytellers with content that speak to a global audience, and they will build on their success in film with this new small-screen partnership with USG.

“We are so excited to partner with Pearlena and the incredible team at USG to produce the future of Monkeypaw’s television slate,” says Monkeypaw president Win Rosenfeld. “Their expertise, creativity and collaborative spirit is an ideal match for our company. This opportunity to continue making dynamic, diverse programming, while deepening our relationship with NBCU, is truly thrilling.”

Watch on Deadline
The new deal will cover Peele and Monkeypaw’s television development and production across Universal Studio Group divisions Universal Television and UCP. The partnership coincides with USG’s notable history of working with top creators to produce content across broadcast, cable and streaming platforms.

“The term ‘visionary’ is thrown around all too frequently in our business but in the case of Jordan Peele, it could not be more apt. He brings a clarity of purpose as well as cultural specificity to everything he does, and audiences worldwide have responded. I am truly honored that Jordan and his partner Win Rosenfeld have chosen our studio as their TV home for the foreseeable future,” said Pearlena Igbokwe, Chairman, Universal Studio Group.

Universal Television President Erin Underhill, who worked closely with Igbokwe to bring in the deal, added, “In the short amount of time I’ve spent with Jordan, Win and the fantastic Monkeypaw team, I have no doubt this will be a fruitful and fun collaboration. Given the diverse range of ideas we discussed, the sky’s the limit.”

In less than five years, Monkeypaw has grown into a cutting-edge production company with film and television projects that have tapped into the cultural zeitgeist. Monkeypaw is also committed to increasing representation on-screen in the characters that are portrayed, the stories that are told, and the people who tell them. With a robust slate of work across multiple platforms. Peele first gained recognition in TV as the co-star and co-creator of the Emmy-winning Key and Peele. The viral series garnered more than one billion online hits and won a Peabody Award, an American Comedy Award and earned 12 Emmy Award nominations during its five-season run.

Beside Key And Peele, Monkeypaw’s other list of shows includes the Tracy Morgan comedy series, The Last O.G. at TBS and The Twilight Zone for CBS. Most recently, it released Lovecraft Country on HBO, which was nominated for 18 Emmy awards and won the Critics’ Choice Award for Best Horror Series, and BAFTA TV Award nominations. Monkeypaw is currently in production on the second season of Hunters for Amazon.

On the film side, Peele’s first feature film, Universal’s Get Out, was released in 2017 to widespread critical praise. The film earned four Academy Award nominations and won Peele the Oscar for Best Original Screenplay. In 2019, Peele wrote, produced and directed his second feature, Us, which instantly became a smash hit with audiences and critics alike, posting the largest box-office opening for an original horror movie ever.