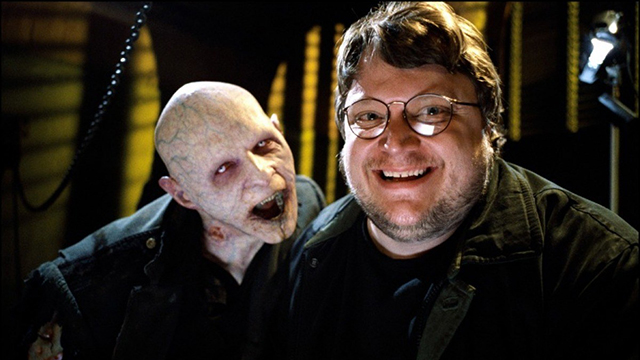 Man, I didn’t even know del Toro was working on an anthology series for Netflix! But the glorious motherfucker most definitely is and it’s got a glorious title and cast. The series will be titled Cabinet of Curiosities, and you can drink in the cast below.

Audiences are about to get a peek into the twisted mind of Oscar-winning filmmaker Guillermo del Toro—actually, eight peeks, to be precise. Netflix just announced the cast and crew for a new show called Guillermo del Toro’s Cabinet of Curiosities. It’s a series of genre-bending stories, curated by The Shape of Water and Pan’s Labyrinth director, loaded with different stars and filmmakers. Filming on the show just began in Toronto, Canada.

According to the press release the show features “a collection of unprecedented and genre-defining stories meant to challenge our traditional notions of horror. From macabre to magical, gothic to grotesque or classically creepy, these eight equally sophisticated and sinister tales (including two original works by del Toro) will be brought to life by a team of writers and directors personally chosen by del Toro.” So basically, he came up with two stories and is executive producing the show. But he’s not alone. J. Miles Dale (The Shape of Water) also serves as EP and co-showrunner, with executive producers Gary Ungar and Regina Corrado along for the ride too.

Details about the stories are under wraps, but here’s the talent involved in each episode. (See photos of everyone in this Twitter thread.)

So yeah. An excellently studded line-up both behind and in front of the camera. The next feature film from Del Toro is his carnival-based thriller Nightmare Alley, which is scheduled for release later this year; Guillermo del Toro’s Cabinet of Curiosities will probably be out next year sometime.