Archives
« Guillermo del Toro’s Netflix Horror Anthology series has an official name and absolutely stacked fucking cast!
Beat Takeshi’s car was attacked by dude with a pickax. Which is the most Beat Takeshi headline ever. »

NASA is testing electric “air taxis” and here’s the fucking future I was promised! 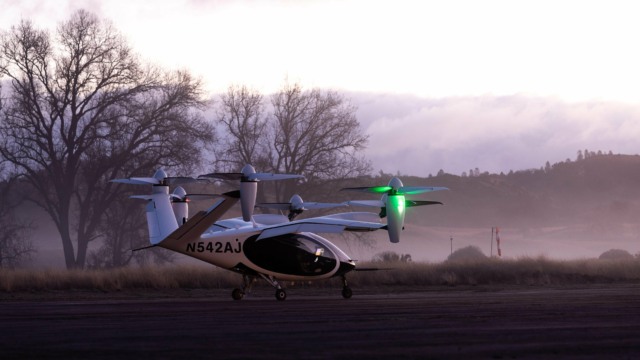 Where the fuck is my fucking jet pack? We were promised jet packs! Instead, we got climate crisis!  This ain’t the future pop culture promised! I mean, the only time travel we fucking got is Texas hurtling backwards in time! However, apparently it ain’t all dogshit. Motherfucking NASA is testing electric air taxis, and, okay, this is dope.

NASA kicked off test flights of electric vertical take-off and landing (eVTOL) aircraft — colloquially referred to as “flying cars” — with Joby Aviation, the Northern California company that recently went public. The test flights are part of a national campaign by NASA to observe these experimental aircraft in action and gather data.

Joby, which was founded in 2009, is the first eVTOL company to participate in NASA’s Advanced Air Mobility (AAM) National Campaign. The test flights commenced Monday, August 30th, at the company’s airfield in Big Sur, California, and will run through September 10th, the agency said.

But NASA won’t just be a passive observer as Joby’s six-rotor aircraft whiz through the air. The space agency will be collecting “vehicle performance and acoustic data for use in modeling and simulation of future airspace concepts,” it said.

In other words, it will be closely monitoring the aircraft’s sound profile to see how well it compares to helicopters and other gas-powered vehicles. A major selling point for eVTOL companies is that these aircraft are noticeably less noisy than helicopters, and therefore better suited for flights over populated areas.

During the test flights, NASA says its team will “collect information about how the vehicle moves, how the vehicle sounds, and how the vehicle communicates with controllers.” The agency plans on conducting similar tests with additional eVTOL companies in the future.

NASA will also be advising the Federal Aviation Administration as it writes new rules for electric air taxis like Joby. NASA’s national campaign is “an important strategic step in NASA’s goals to accelerate the AAM industry timeline,” said Davis Hackenberg, NASA AAM mission integration manager, in a statement. “These testing scenarios will help inform gaps in current standards to benefit the industry’s progress of integrating AAM vehicles into the airspace.”

Of course, it’s NASA’s job to encourage the development of advanced aviation technology, but it’s the FAA’s job to write the rules that will govern their flights and commercial operation. But that’s not without its fair share of turbulence. The space agency previously signed data-sharing agreements with Uber on the ride-hailing company’s nascent air taxi plans that never ended up getting off the ground. Last year, the company transferred its eVTOL division, Uber Elevate, to Joby in exchange for a $75 million investment in the startup.

Joby and other eVTOL companies hope to eventually win FAA certification, but that process will likely take a long time. Some experts have said it will be five years or maybe longer before the FAA grants certification to an eVTOL company. Joby has said it aims to launch its first air taxi service in 2024.