Archives
« ‘Alan Wake 2’ has reportedly moved into “full production” and fuck yes!
‘Halo Infinite’ dropping this December 8 and man am I concerned » 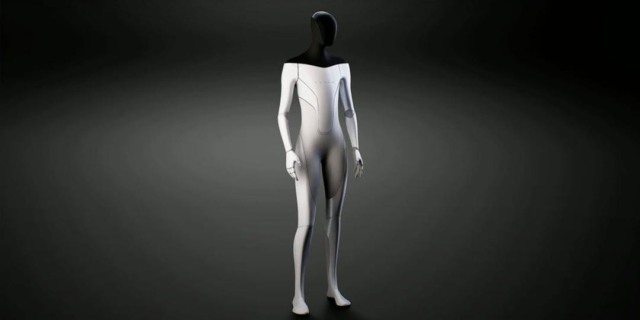 Elon Musk has announced a fucking humanoid “Tesla Bot” and it’s a pretty curious move. This is the same dude who has been shitting his pants about artificial intelligence! But, you know. I suppose we shouldn’t look for consistency or wisdom from this dumb ass. That said? Neat! We got a first look at our robot overlords.

During this week’s AI Day event, Tesla CEO Elon Musk revealed that the car company is working on a humanoid prototype we will get a first glimpse at “sometime next year.”

To build its robot assistant, the company will draw from existing experience with car manufacturing robotics as well as its AI-powered computer chips that enable its fleet of cars to (almost) drive themselves.

It’s a rather odd left turn for Elon Musk, who has repeatedly warned us of the dangers of AI. “I’ve been banging this AI drum for a decade,” Musk told Insider in July 2020. “We should be concerned about where AI is going. The people I see being the most wrong about AI are the ones who are very smart, because they can’t imagine that a computer could be way smarter than them.”

Despite Musk’s repeated warnings, the billionaire reiterated at last night’s event that the Tesla Bot is “intended to be friendly,” and that it will be both weaker and slower than a human. It will stand at five feet and eight inches tall and weigh 125 pounds and reportedly feature human-level hands. Of note: Musk did not roll out any prototypes last night, but did have a, uh, someone on stage with him to do… this.

A screen will allow Tesla Bot to communicate with its master.

As to its purpose, the company was rather vague. It’s meant to take care of “performing tasks that are unsafe, repetitive or boring,” according to Tesla’s website.

“You know, once you have it do that, maybe it can do other things too… I mean, maybe it could be your buddy, too,” Musk joked on stage. “I’m sure people will think of some very creative uses.”

But whether the car manufacturer be able to ever bring a fully functioning humanoid robot to life that can rival Boston Dynamics’ offerings is anybody’s guess. We’ve seen just how difficult it is to get bipedal robots the ability to walk, let alone complete complex tasks.

It also wouldn’t be the first time Musk overpromised while underdelivering.

But with enough motivation, there is a chance we will get to see a Tesla Bot prototype as soon as next year. Whether it will be able to actually perform “unsafe” tasks is unclear however.