Archives
« Elon Musk just announced a humanoid “Tesla Bot” and we know how this shit ends
Someone is working on secret “privately owned” Space Station. It ain’t fucking me, but I want in »

‘Halo Infinite’ dropping this December 8 and man am I concerned 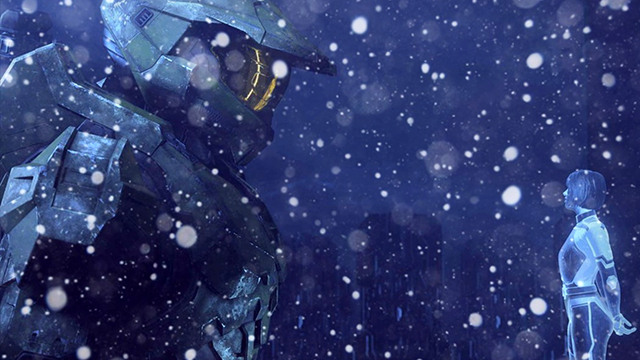 Halo Infinite has been in development Hell since before I had gray in my fucking old ass beard. Now it’s time for it to be painfully birthed into existence, with cut features, modes, and stunning silence about its campaign. Ready or not, this fucker is being shat forth on December 8.

One of the biggest upcoming Xbox games finally has a release date — sort of. Halo Infinite is launching December 8, according to a listing on the Microsoft store. And that lines up with the timing I’ve heard, which put the release in an early December window. This will get the game out in time for the 2021 gift-giving holidays after a year-long delay.

Microsoft will officially reveal this date during the Gamescom Opening Night Live event today. That livestream begins broadcasting at 2 p.m. Eastern/11 a.m. Pacific. It should also have news about the previously teased Saints Row reboot and Lego Star Wars: The Skywalker Saga.

As for Halo, this is the first time the series is launching so late in the calendar year. But while games have traditionally tried to get into stores before American Thanksgiving, that timing is less important than ever.

Nintendo released Super Smash Bros. Ultimate on December 7, 2018, and that game has sold more than 20 million copies on Switch.

Like Super Smash Bros., Halo primarily appeals to an audience that has grown up with it. And that means its success doesn’t rely on parents purchasing the game as a gift during the Black Friday sales rush.

But Halo has even more advantages due to Xbox Game Pass. While Halo Infinite multiplayer is free for everyone, the campaign is available in Microsoft’s subscription service. And those sorts of digital services are the kinds of things that people can and do purchase as gifts at the last possible minute.

That means Christmas, and not Thanksgiving, is probably the most important sales day for Halo. Because people will be looking for reasons to subscribe to Game Pass as they open up their new consoles on December 25.