Someone is working on secret “privately owned” Space Station. It ain’t fucking me, but I want in 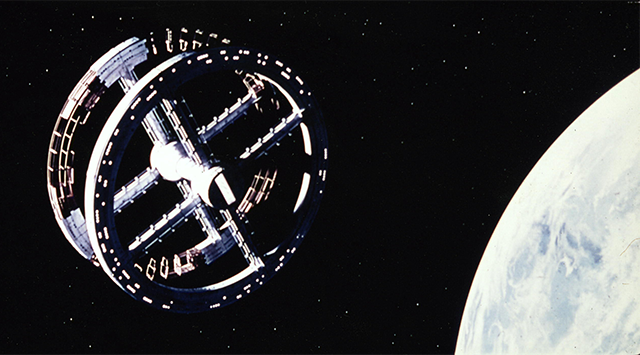 Ah, 2021. Sometimes your fucking headlines are depressingly preposterous. Sometimes preposterously depressing. Then sometimes like today, they’re just sort of fucking preposterous. We got some motherfucker(s) building a privately owned space station. I can’t knock their desire to get the fuck outta here, but I do want them to take me.

Moonraker?
Collins Aerospace, a subsidiary of military and aerospace contractor Raytheon Technologies, is working on environmental control and life support technologies for a “privately owned and operated low Earth orbit outpost,” according to SpaceNews.

There’s plenty of money being poured into developing a commercial presence in space right now. The small firm was awarded a $2.6 million contract by a mysterious unnamed customer — a sign, in spite of its opacity, that the race to commercial orbit is heating up.

On Life Support
The Collins work includes machines capable of controlling both temperature and pressure levels in space enabling a prolonged human presence, according to SpaceNews‘ reporting.

The subsidiary already has plenty of experience to draw from. In fact, it’s behind the International Space Station’s current water recovery system.

Axiom, Is That You?
There is a non-zero chance that the unnamed contractor is Axiom Space, according to SpaceNews‘ analysis. The Houston-based, privately funded space company is planning to construct its own commercial space station.

The company also announced the crew for the world’s first entirely-private mission into orbit back in January, on board a SpaceX Crew Dragon spacecraft.

But whether Axiom Space is behind the Collins contract remains unclear. The company declined SpaceNews‘ request for comment.