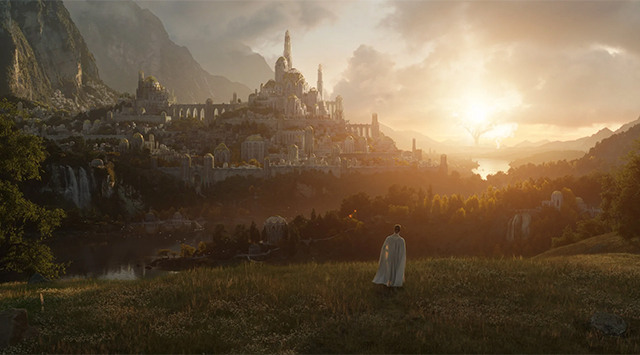 Amazon has dropped the release date for its Lord of the Rings series. That’s the good fucking news. However there is bad news, motherfuckers. The wait is more interminable than the series the show is based on. It ain’t arriving until September 2, 2022!

Amazon’s long-awaited The Lord of the Rings series has a release date, but don’t go rushing to stake out the best spot in your living room just yet. The show will premiere on September 2nd, 2022, with new episodes dropping on Prime Video each week.

Filming on the as-yet-untitled series wrapped up today. Production began in February 2020, but it was disrupted by the COVID-19 pandemic.

The series takes place thousands of years before the events of The Hobbit and The Lord of the Rings. A cast of old and new characters will have to resist a newly resurgent evil during the Second Age of Middle-earth.

Along with the release date, Amazon revealed the first proper image from the show. It depicts a figure looking at a vista with a white city and, much further away, the outline of two curious trees. With no sign of a trailer yet, expect the internet to analyze every pixel of the image for hints.

Even before filming started, Amazon renewed the series for a second season. So, whatever happens in this first batch of episodes, you can be rest assured that there will be much more of the story to come.