Archives
« New ‘Exorcist’ Trilogy picked up by Universal pictures for a cool $400 million. A Devilish amount of money or some shit!
Lucasfilm Hired YouTuber Who Used Deepfakes to “fix” Young Luke in ‘The Mandalorian’ Season 2 Finale »

Netflix acquires Will Smith action movie from ‘John Wick’ and ‘Atomic Blonde’ director and I guess I care! 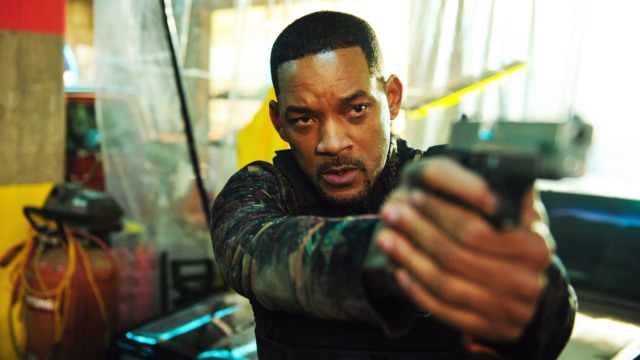 I’m pretty much fucking down to watch anything by David Leitch, even if said anything involves Will Smith. In fact, involving the dude behind John Wick and Atomic Blonde is one of the few ways to get me to care about a Will Smith project at this point.

Netflix is making big plays in the movie distribution game. According to Deadline, the streamer has acquired worldwide rights to the action thriller Fast & Loose starring Will Smith and helmed by John Wick director David Leitch.

A Collaboration from Two Busy Big Names
Deadline first reported that Fast & Loose was hitting the market in February, with every major player involved in a bidding war. Netflix eventually won the rights and has taken its time negotiating the deals. The script was written by The Meg and Red scribes Jon and Erich Hoeber.

Fast & Loose stars Smith as a man who wakes up in Tijuana with no memories. As he pieces together his past, he learns he’s been living two lives. In one, he’s a crime kingpin. In the other, he’s an undercover CIA agent. You could see how that might get messy.

87North has been busy, too, recently finishing production on assassin action flick Bullet Train, starring Brad Pitt, Zazie Beets, Michael Shannon, and Bad Bunny with Leitch directing and McCormick producing. They also produced the Bob Odenkirk action thriller Nobody (which might be getting a sequel). Their upcoming slate includes The Fall Guy, a remake of the 1980s television series starring Ryan Gosling as a stunt man who moonlights as a bounty hunter, and the Netflix thriller Kate, starring Mary Elizabeth Winstead as an assassin in Tokyo who is poisoned and has only 24 hours to find the cure.