New ‘Exorcist’ Trilogy picked up by Universal pictures for a cool $400 million. A Devilish amount of money or some shit! 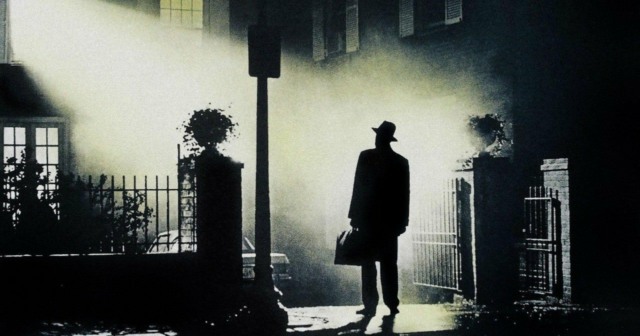 We ain’t just getting one new installment in The Exorcist series. Motherfuckers, we’re getting a new trilogy! So open your gullet to the thickened paste of refried content, and gulp it down! You better, you better! Universal Pictures demands it, given that they just spent fucking $400 million for the rights.

One of the scariest, most influential horror franchises of all-time is making a mega blockbuster comeback. The New York Times reports that David Gordon Green (the new Halloween films) will write and direct a reboot/sequel in which Hamilton’s Leslie Odom Jr. plays the father of a possessed girl. Desperate for help, he seeks out Chris MacNeil (Ellen Burstyn), who was the mother in the 1973 original. It’s the first time she’s returned to the franchise.

News that Gordon Green was working with Blumhouse to bring The Exorcist back first broke late last year. So, the big news here is that now it’s a trilogy, Burstyn is back, and that Universal and Peacock spent upwards of $400 million on the franchise rights. The first film will debut in theaters October 13, 2023. Two sequels will then follow, each of which could exclusively debut on Peacock, according to the paper.

“There’s no better time to be joining forces with the team at Peacock, reuniting with the great team at Universal and finally getting to work with my friends at Blumhouse, than on this classic franchise, ‘’ David Robinson, president of rights holder Morgan Creek, said in a press release. “David Gordon Green, Danny McBride, Scott Teems and Peter Sattler have put together a compelling continuation of this iconic tale and I can’t wait to bring this to fans around the world.”

Gordon Green, who wrote the script to this film along with Peter Sattler, is currently getting ready to release Halloween Kills, the sequel to his hit 2018 film, in October, with its sequel, Halloween Ends, out October 2022, rounding out the trilogy. Obviously, Universal, Blumhouse, and everyone involved must be pleased with how that similarly spun franchise reboot/sequel trilogy has turned out. Much like this team is doing with The Exorcist, the new Halloween series ignores most of the lesser sequels that were released, but picks up the original story while bringing back the main protagonist. The team who came up with the story there, Scott Teems (Halloween Kills), Danny McBride (Halloween Kills, Halloween) and Gordon Green, did so here too.

The original 1973 Exorcist was such a hit it spawned three direct sequels, a prequel, and then a TV show in the decades since. None of those, however, had the Oscar/Emmy/Tony winner Burstyn, whose participation ties the story right back to the original film. “Blumhouse has always experienced incredible partnership from the team at Universal, and I’m grateful to Donna Langley and Jimmy Horowitz for believing in the vision of David’s film and having the foresight to be flexible with distribution, so the team feels top notch support through the lifeline of the film,” Blumhouse CEO Jason Blum said in a statement. “They’re committed to theatrical exhibition and will also serving streaming viewers well by bringing an exciting franchise like the Exorcist to Peacock too. I’m grateful to be working with David Robinson and the great team at Morgan Creek on this iconic franchise.”