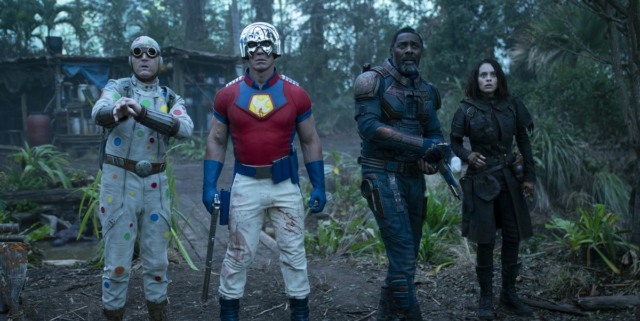 The streaming wars continue their never ceasing battle, goodness fucking gracious. Warner Brothers is dropping an atomic tea bag on the rest of the movie industry next year. The company is releasing 10 movies exclusively on HBO MAX. Fucking exclusives! Personally? I think it’s pretty fucking gross, but this at least a portion of the inevitable model, no? Either dropping shit exclusively on the streaming services, or adopting a Disney+ hybrid model.

Warner Bros. is getting real serious with its streaming platform, HBO Max. In an AT&T earnings call today (AT&T owns WarnerMedia, which oversees Warner Bros.), Jason Kilar — the CEO of WarnerMedia — said that at least 10 original movies will exclusively premiere on HBO Max in 2022.

This rollout of 10 straight-to-streaming-platform films makes clear that WarnerMedia wants HBO Max to be the next Netflix.

In the year-and-a-half that has been the pandemic, the corporation caused an uproar in Hollywood by simultaneously releasing all 2021 WarnerMedia movies — including tentpole ones like Godzilla v. Kong, The Suicide Squad, and Dune — in theaters and on HBO Max. Hollywood widely criticized the decision, an unexpected one for many involved in these films. The industry’s biggest complaint was that the move would hurt the success of these movies.

I’ve been lucky enough to see The Suicide Squad and part of Dune in the theaters. I loved watching both, and the experience would have been markedly different if I watched them in my cramped living room with my dog snoring at my feet. The creative teams behind these large films crafted these movies for us to see on a big screen. Seeing them on your television is just a different experience, and one that Warner Bros. likely prefers you don’t have, and not only because they need your movie ticket dollars (though that’s certainly a very large part of it).

WarnerMedia and AT&T Parting Ways
AT&T apparently took that feedback and responded by putting WarnerMedia up for sale. If all goes according to Corporate America’s plan, Discovery will buy WarnerMedia from AT&T next year.

While those merger machinations continue, WarnerMedia is going back to a more traditional release schedule in 2022. There is one big change, however: they lessened the window for theater-only distribution to 45 days. Given AT&T is selling WarnerMedia to Discovery, however, chances are this plan may change again when that merger is complete.

In the meantime, Kilar promised on the call (via Variety) that “motion pictures matter and will continue to matter.” That doesn’t mean that HBO Max doesn’t matter, however, and Kilar’s promise for HBO Max feature films hammers that home.

Another thing we don’t know yet is what kind of movies those HBO Max originals will be. If I had to guess (and this is only a guess), I bet they’ll be smaller stories, things that don’t depend as much on creating an immersive storytelling experience for two hours. We’ll find out either way soon enough, as 2022 is only five months away.