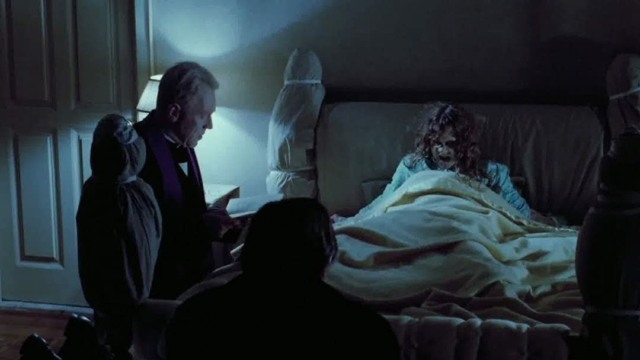 I didn’t even know there was a sequel to The fucking Exorcist coming, but hey! Motherfuckers it’s coming, and it’s going to be a sequel to the original flick. The news was confirmed by director David Gordon Green, who also helmed Halloween 2018. How the fuck do I feel about this? Well, if his Halloween 2018 effort is any indication, I don’t feel great! But hey, whatever the fuck, it’s not like it’ll impact my love for the original.

Following in the footsteps of Fox’s “The Exorcist” television series, which cleverly revealed itself to be a direct sequel to William Friedkin’s horror classic, it looks like director David Gordon Green‘s (Halloween, Halloween Kills) upcoming “reboot” for Blumhouse will also be a sequel to the 1973 film, with Gordon Green giving the property the Halloween 2018 treatment.

This is what we expected of the film based on recent comments from producer Jason Blum, and Gordon Green himself confirms that hunch in a new chat with Total Film Magazine.

That doesn’t mean, however, that he’s retconning all the other sequels…

“The Exorcist has been written. That was one of my pandemic projects. It’s not inaccurate [that it will be a sequel to the original film]. I like all the Exorcist movies,” Gordon Green explains to Total Film. “And not only do I like them, I think they can all fall into the acceptable mythology for what I’m doing. It’s not like I’m saying, ‘Pretend that The Exorcist 2 never happened.’ That’s fine to exist. They’re all fine to exist, and I enjoy all of them.”

Gordon Green adds, “It’s another fun legacy to be a part of, and hopefully we’ll get that going in the near future. That one is a lot of research, rather than just impulsive screenwriting. That’s one that you talk to a lot of people. You read a lot of books, and do a shit-load of interviews. There was such a dramatic authenticity to what that original film is. It’s a lot more than I anticipated getting into it. And I guess I was naïve to think that. But it was very exhilarating to be involved in a lot of those conversations that you find yourself in.”

The Exorcist franchise hasn’t been on the big screen since the 2005 release of Dominion: Prequel to The Exorcist, an alternate version of the previous year’s Exorcist: The Beginning. Those films came in the wake of 1977’s The Exorcist II: The Heretic and 1990’s The Exorcist III.

More recently, “The Exorcist” became a short-lived television series at Fox, which was surprisingly excellent and cleverly took place in the same world as the original classic.