Michael B. Jordan developing Black Superman limited series for HBO MAX. All about that Val-Zod! 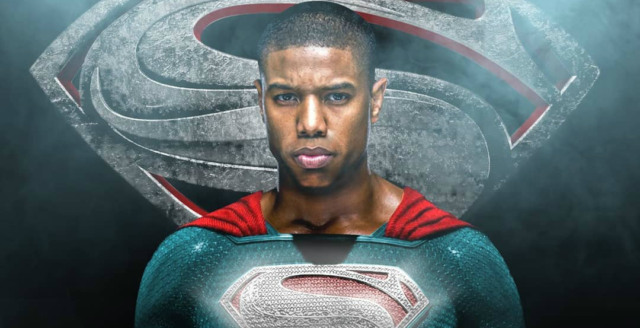 None other than motherfucking Michael B. Jordan is developing an HBO MAX based on Val-Zod. If you ain’t in the know, Val-Doz is a black Superman from Earth-2 and goddamn do I hope Jordan plays him.

After a few years of waxing and waning, it seems like DC’s Men of Tomorrow are back in the spotlight at Warner Bros. Alongside the plans for Ta-Nehisi Coates and J.J. Abrams to bring a new Superman to the big screen, a new report suggests that Black Panther star Michael B. Jordan is working on a separate Krypton-themed project for streaming service HBO Max.

Collider first had word that Jordan and his Outlier Society production company are developing a Superman project for Warner’s HBO Max. A person close to the project confirmed the story to io9 and clarified that it would actually be a limited series. Unlike the upcoming Superman movie penned by Ta-Nehisi Coates, this project won’t be re-imagining a version of Clark Kent, the classic Superman of DC Comics. Instead, Jordan’s project will star Val-Zod, first introduced in 2014 as a Kryptonian from Earth-2 in DC Comics’ vast multiverse who took on the mantle of Superman after the Kal-El of his reality was killed in an invasion of Earth-2 by Darkseid and his army of Parademons.

Warner Bros.’ plans for the Superman character have been up in the air for years in the wake of the character’s revival in the DCEU under Zack Snyder. Henry Cavill, who starred as Clark Kent in Man of Steel, the theatrical cut of Justice League by Joss Whedon, and this year’s release of Zack Snyder’s Justice League, has long discussed wanting to continue playing the character. While a sequel has been rumored for years, instead the character has largely been left to the wayside as Warner focused on other areas of its DC Comics stable.

This year has already seen the announcement of multiple Superman-adjacent properties, however. On television, the character launched a new CW show, Superman & Lois, while an upcoming animated series, My Adventures With Superman, is set to bring the character to HBO Max and Cartoon Network. Meanwhile, Sasha Kalle will play Superman’s cousin, Kara Zor-El (a.k.a. Supergirl) in Andy Muschietti’s The Flash, before appearing in her own long-in-the-works spinoff film.