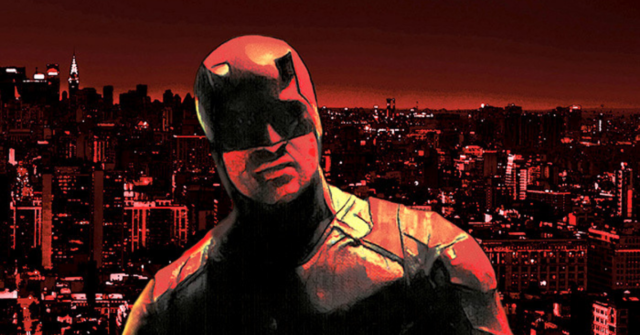 For my dollars, beans, and balls, Charlie Cox as Daredevil is the best shit Marvel’s done on TV. Okay, maybe not in comparison to fucking Loki. Fair, fair. However, fucking hell I loved him, and I was devastated when the taint-huffers at Neflix killed the series. But now, there may be good news on horizon. Fucking yup, once again the rumor mill has him returning to the MCU. This time for multiple fucking projects.

The rumors surrounding Charlie Cox’s appearance in Spider-Man: No Way Home gained even more traction recently, after Netflix’s Daredevil pulled out of a convention appearance due to a last minute change in his filming schedule, even though he isn’t officially attached to any movies or TV shows that haven’t already wrapped.

In a stroke of coincidence, Tom Holland’s third solo outing as Peter Parker is set to get the majority of the band back together for some additional photography, which is always built into the timeline of any Marvel Cinematic Universe blockbuster, so fans are already drawing their own conclusions about what it all means.

Additionally, Cox has also been strongly linked with a role in Disney Plus series She-Hulk and even further down the line he’s been touted to show up in Hawkeye spinoff Echo, but we’ve heard from our sources – the same ones who told us War Machine was getting his own TV show long before Armor Wars was announced – that the three aforementioned projects could be just the tip of the iceberg.

Details remain thin on the ground for now, but according to our information the 38 year-old is being eyed for a recurring role across the length and breadth of the MCU throughout Phase Four. The character’s legal background and comic book history makes him a logical candidate to appear in Spider-Man: No Way Home, She-Hulk and Echo, but as of yet there’s no indication as to where or when he’s wanted beyond that.

The people want to see it happen, though, even if there’s still no word on whether he’s Netflix’s Matt Murdock, a multiversal interloper or a brand new MCU character, all of which are options now that Loki has opened the floodgates.