Archives
« James Cameron was on Ecstasy and listening to Sting when he came up with ‘Terminator 2’ plot and this is amazing
‘Starfield’ soundtrack being handled by ‘Fallout’ composer Inon Zur. Man, I need this fucking game! » 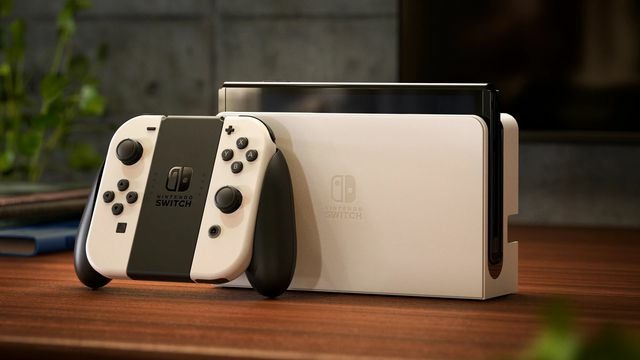 Nintendo finally revealed their OLED Switch today. Hey, cool, fine. The bummer for me though? It ain’t the Pro. No 4K. Fuckers. That said, it means I can just go out and grab a Switch this week, given that I don’t have to wait for the Pro model.

Today, in a surprise move from the house of Mario, Nintendo has just announced that the new Nintendo Switch (OLED model) will be arriving this fall on October 8.

Previously, when Nintendo didn’t say anything about a new Switch at E3, a lot of people (including myself) thought that meant Nintendo wouldn’t release its long-rumored upgraded Switch this year. But I can admit when I wrong, and even though the new OLED Switch doesn’t have a “Pro” label, it does come with a lot of upgraded features long-time Switch fans have been dreaming about for quite some time.

Starting at $350, the new OLED Switch only costs $50 more than the standard model, while it features a new, larger 7-inch OLED display. This upgrade should address most complaints about the Switch’s built-in screen being somewhat lackluster, though it’s important to note that the OLED Switch’s resolution is staying pat at 720p.

Other improvements on the new OLED Switch include more onboard storage (64GB, up from 32GB), a redesigned wider kickstand that supports a new Tabletop mode, and a new dock with a built-in LAN port. Nintendo says the OLED Switch will also provide “enhanced audio” thanks to its upgraded speakers, and of course, the new OLED Switch is sporting a fresh paint job featuring a two-toned black-and-white color scheme.