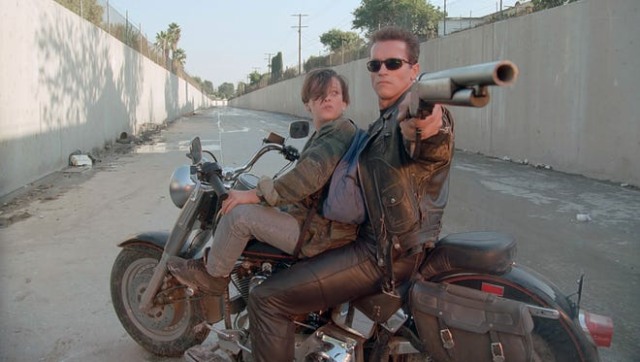 For my money, Terminator 2 is one of the best action movies of all time. Maybe the best.. That shit is settled. Love it! Will always love it. But apparently I can love it more. You see, James Cameron revealed he was fucking high on ecstasy and listening to Sting when he came up with the plot. Like, fucking yes.

The history behind one of cinema’s best sequels is a wild one. In an oral history of Terminator 2: Judgment Day for The Ringer, director James Cameron, star Arnold Schwarzenegger, and others shared some previously-unheard tidbits about the making of the action classic.

Cameron wanted T2 to be his Wizard of Oz

There’s a pretty massive tonal difference between Terminator and its sequel. The first film is kind of an action-movie slasher, with Linda Hamilton‘s Sarah Connor serving as a machine-future Final Girl. Terminator 2, by comparison, is an action/sci-fi thrill ride about the strong bond between the reprogrammed Terminator and Sarah’s son, John Connor.

“Sure, there’s going to be big, thunderous action sequences, but the heart of the movie is that relationship,” Cameron told The Ringer. “I have always loved The Wizard of Oz. This movie is about the Tin Man getting his heart.”

In order to get his heart, however, the Terminator Tin Man would have to soften up a bit. Cameron said he came up with the idea of the Terminator protecting a child while he was enjoying a nice night of party drugs and Sting albums.

“I remember sitting there once, high on [ecstasy], writing notes for Terminator, and I was struck by Sting’s song [“Russians], that ‘I hope the Russians love their children too.’ And I thought, ‘You know what? The idea of a nuclear war is just so antithetical to life itself.’ That’s where the kid came from.”