Xbox Game Pass is built into Windows 11. Microsoft fucking going for it! 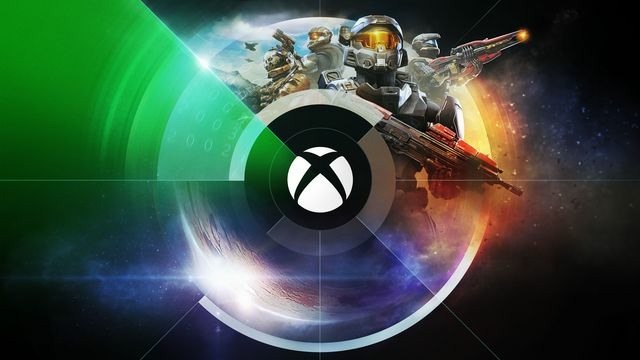 Even though I rarely use it, Xbox Game Pass fucking blows my mind. Just the sheer volume of titles to play, across the sheer volume of devices. Now them fuckers at Microsoft are making it even easier to use the service. This shit is gonna be baked directly into Windows 11.

Presenting Windows 11 as “the best Windows ever for gaming,” Xbox corporate vice president Sarah Bond appeared on Microsoft’s livestream to announce that Xbox Game Pass will be “built right into Windows 11.” Microsoft has been testing this functionality for many months with a redesigned Xbox app for Windows 10, but clips of the Windows 11 version that Bond showed seemed to indicate a deeper integration.

The Xbox app will also offer Xbox Cloud Gaming for those who subscribe to Xbox Game Pass Ultimate; cloud streaming is not included in the cheaper PC- or console-only tiers of the service. The integration will allow people to “play the highest-fidelity games on all PCs,” Bond said. (Xbox Cloud Gaming is currently available on PC, but only through a web browser.)

a screenshot of the Xbox Game Pass tab of the Xbox app on Windows 11, with Microsoft Flight Simulator highlighted in the top carousel and EA Play in the lower carousel
Xbox Game Pass is built into the Xbox app on Windows 11. Image: Microsoft
Bond also said that Windows 11 will offer two other gaming-oriented features: the DirectStorage API and auto HDR, both of which debuted on Xbox Series X and Series S. This spring, auto HDR launched on PC in the Windows Insider Program.

Showing side-by-side footage of The Elder Scrolls 5: Skyrim with standard dynamic range color and auto HDR, Bond said that “over 1,000 games — including Age of Empires: Definitive Edition, Rocket League, DayZ, and even Doom 64 — will be automatically enhanced on Windows 11 devices that support HDR.”

Just like on Xbox, this feature will require no effort from developers, but players will need to have a PC hooked up to an HDR-capable display, of course. HDR support has had a reputation for being janky in Windows 10, so hopefully Microsoft’s focus on auto HDR for games is a sign that the company is improving HDR more generally in Windows 11.

As for the DirectStorage API, Microsoft first announced last fall that it was bringing it to PC as well as Xbox. The company originally developed the technology for the Xbox Velocity Architecture, the input-output system in the Xbox Series X and Series S, which sends data back and forth from storage to the CPU and GPU.

The new consoles’ internal storage relies on PCIe 4.0 NVMe solid-state technology, which is significantly faster than old-school spinning hard drives or even SATA SSDs. The Velocity Architecture (and DirectStorage specifically) is designed to support the higher read and write speeds of NVMe storage, allowing games to take advantage of that increased data bandwidth for two main benefits: greatly reduced loading times, and game worlds that are larger and more detailed.

“DirectStorage-optimized Windows 11 PCs are configured with the hardware and drivers needed to enable this amazing experience,” Bond said. As we get deeper into the new console generation, more and more games will be developed with PCIe 4.0 NVMe storage in mind. It wasn’t until early 2021 that Intel even offered PCIe 4.0 support with its new Rocket Lake microarchitecture, so it’s going to be a while before game makers can expect PC gamers to have PCIe 4.0 storage. But Microsoft’s support of DirectStorage — which will be available only in Windows 11, not Windows 10 — is a necessary step to lay the groundwork for future games.

Windows 11 is scheduled to be released this holiday season; it will be available as a free upgrade for Windows 10 users, as long as their PC meets the hardware specifications. For much, much more on Microsoft’s Windows 11 reveal, check out all the coverage from our pals at The Verge.