Archives
« Xbox Game Pass is built into Windows 11. Microsoft fucking going for it!
‘Interview With The Vampire’ TV Series swooping onto AMC. Fucking bizarre, but sure! » 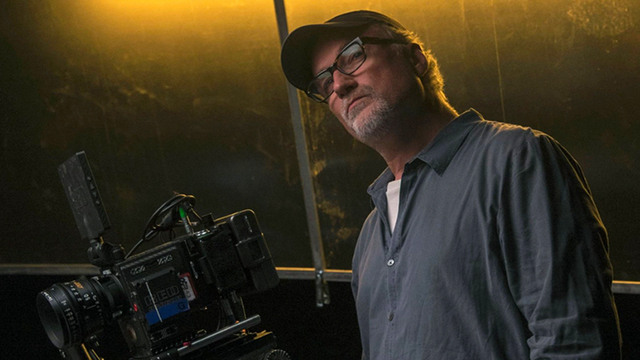 Fucking hell yeah! David Fincher is right back at it this year, folks. The years are fleeting, film the fucking shit out of it! Dude is filming the assassin movie The Killer this Fall in Paris and he’s bringing along his award-winning DP.

David Fincher took a six-year film hiatus between “Gone Girl” (2014) and “Mank” (2020), but such a long break won’t be happening in between “Mank” and the director’s upcoming assassin movie “The Killer.” As first reported by El Diario Vasco, Fincher is eyeing to begin production on “The Killer” in Paris this November. The locale makes sense, given Fincher was spotted in Paris in late May at a lunch with his “Mank” actress Lily Collins (who is in Paris filming the second season of Netflix’s “Emily in Paris”). To make “The Killer” more exciting, Fincher is reuniting with his Oscar-winning “Mank” cinematographer Erik Messerschmidt for his new film.

News first broke in February that Fincher would follow “Mank” with “The Killer,” an adaptation of Alexis Nolent’s graphic novel series of the same name. Andrew Kevin Walker, the screenwriter who worked with Fincher on his serial killer drama “Seven,” is penning the adaptation. Michael Fassbender is starring in the lead role, playing a cold-blooded assassin who begins to have a psychological crisis. THR described Fassbender’s character as “an assassin who begins to psychologically crack as he develops a conscience, even as his clients continue to demand his skills.”

“The Killer” is something of a passion project for Fincher, who has been attached in some capacity to the film since 2007. The director originally set up “The Killer” at Paramount with his “Seven,” “Fight Club,” and “The Curious Case of Benjamin Button” actor Brad Pitt circling the main assassin role. In addition to Fassbender and Walker, Fincher’s longtime producer Ceán Chaffin is also involved with “The Killing.”

Deadline reported when the film was first announced earlier this year: “Fincher had been been considering a number of films along with ‘The Killer’ for some time but with award season hitting the home stretch, the director was looking for his next thing. Sources say after recent meetings with Fassbender, Fincher firmed up his commitment to the film and possibly making his next feature.”

Fincher will re-team with Netflix on the project following “Mindhunter,” “Mank,” and more. The director revealed last year he had extended his overall deal with the streaming giant. The filmmaker’s “Mank” scored 10 Oscar nominations and won Messerschmidt the Academy Award for Best Cinematography. The film marked Messerschmidt’s feature cinematography debut after serving as a DP on Fincher’s “Mindhunter” series.