‘Interview With The Vampire’ TV Series swooping onto AMC. Fucking bizarre, but sure! 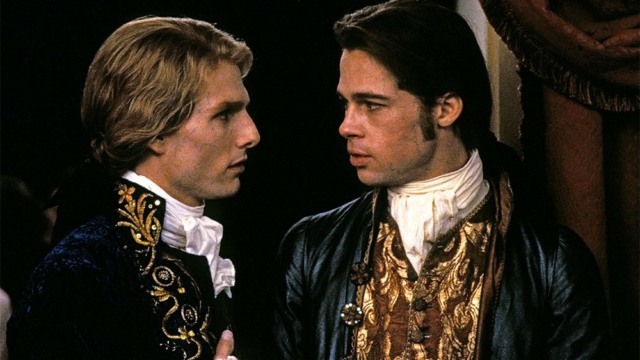 Listen we can all gnash our fangs at the lack of necessity for this shit. However, AMC has a pretty goddamn good track record when it comes to movies-turned-TV and shows in general. So let’s just open our wings to the potential for this shit to work. Right? #Pun. #Pun.

The Vampire Lestat will rise again. AMC has officially given the greenlight to an Interview With the Vampire series based on Anne Rice‘s Vampire Chronicles books. A TV version of Rice’s vampire world has been in the works for a few years now, with Bryan Fuller attached at one point as a writer. Now, Rolin Jones, co-creator and showrunner of HBO’s Perry Mason, will serve as creator, showrunner, and writer.

Deadline is reporting that AMC is moving forward with an Interview With the Vampire TV series based on the Anne Rice novel of the same name. AMC’s interest in the material was first announced back in 2020, with a report stating that the rights to Rice’s Vampire Chronicles and Mayfair Witches books were both scooped up by AMC.

Published back in 1976, Interview With the Vampire told the story of Louis, who recounts the long, complicated story of how he became a vampire. The book was a big hit and spawned multiple sequels, all part of what was officially dubbed The Vampire Chronicles. The book was also turned into a film in 1994 starring Tom Cruise and Brad Pitt. While there was talk of an entire film franchise adapting more books, that never really materialized. There was an additional film, the 2002 Queen of the Damned, but it was awful so let’s move on.

Here’s the Interview With the Vampire synopsis:

This is the story of Louis, as told in his own words, of his journey through mortal and immortal life. Louis recounts how he became a vampire at the hands of the radiant and sinister Lestat and how he became indoctrinated, unwillingly, into the vampire way of life. His story ebbs and flows through the streets of New Orleans, defining crucial moments such as his discovery of the exquisite lost young child Claudia, wanting not to hurt but to comfort her with the last breaths of humanity he has inside. Yet, he makes Claudia a vampire, trapping her womanly passion, will, and intelligence inside the body of a small child. Louis and Claudia form a seemingly unbreakable alliance and even “settle down” for a while in the opulent French Quarter. Louis remembers Claudia’s struggle to understand herself and the hatred they both have for Lestat that sends them halfway across the world to seek others of their kind. Louis and Claudia are desperate to find somewhere they belong, to find others who understand, and someone who knows what and why they are.