Archives
« ‘Nobody’ Sequel being written. Connie Nielsen to have more action, good, get the whole family fucking kicking ass
Xbox Game Pass is built into Windows 11. Microsoft fucking going for it! » 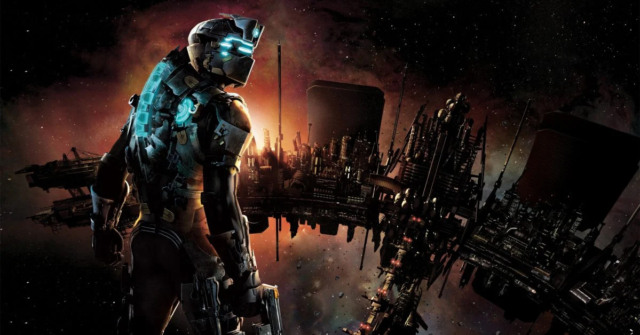 Dead Space and its sequel are two of my favorite games, before EA pushed it into a shitty cover-based shooter. Of course, then they fucking killed Visceral Games, and with it, I thought, hopes for a new title. Not so, if you believe rumors. Indeed, there are murmurings that a Dead Space revival will be shown at the upcoming EA Play 2021. Fucking Hell, I can’t even handle thinking about it.

It was first claimed by journalist Jeff Grubb this weekend that EA was set to announce a new project during its EA Play Live event on July 22, which he had previously claimed was an unnamed “established IP” revival by EA’s Motive studio.

The story was picked up by VGC and other outlets, and now Gematsu has corroborated the report and claimed that the “established IP” is Dead Space.

The Dead Space series first released in 2008 and has not seen a new instalment since 2013’s Dead Space 3. The series’ developer, Visceral Games, was closed by EA in 2017.

According to Gematsu, the new Dead Space game will be a “reimagining” of the series, rather than a straight sequel to the existing trilogy of games.

Last year, Striking Distance announced a new sci-fi horror game, The Callisto Protocol, which could now end up going head-to-head with the series many of its leads helped create.

Among other Dead Space veterans, Callisto is being helmed by chief development officer Steve Papoutsis, who led the development of the EA franchise.

EA’s Motive studio released Star Wars: Squadrons last year, which was its first fully-developed title since the company was formed in 2015. It previously collaborated on DICE’s Battlefront 2.

In a blog post published in October, Motive GM Patrick Klaus detailed the studio’s new mission to create games which “empower players to create, experiment, live and share their own unique stories.”

Story-driven, survival horror game is set for release in 2022

“With our new mission, we’re trying a lot of things and testing many ideas which you can’t get attached to, as iteration and experimentation are healthy and a key to finding something great.

“The team is super talented and we’re all striving to make aspirational games that push the boundaries of what players expect now and into the future.”