Archives
« Taylor Swift has joined David O. Russell’s next movie. This should be interesting.
‘John Wick 4’ adds Donnie Yen as an old friend of Wick. This rules so fucking much! »

NASA is returning to Venus for two missions by 2030. Study that fuckin’ protomolecule, fellas! 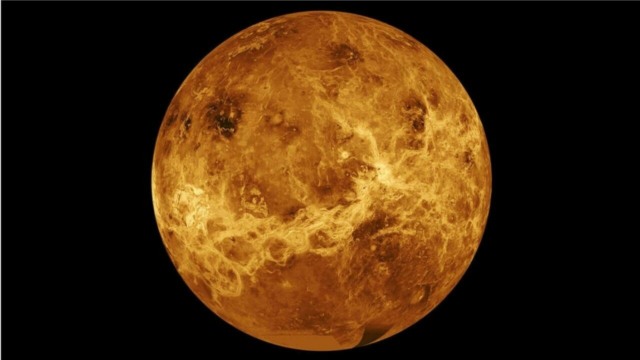 Absolutely no news about Venus missions would be complete without me being a dork. You know, referencing The Expanse and shit. So here we go! NASA is returning to Venus for two missions by 2030, and yup, you got it. Protomolecule time.

Nasa is returning to Venus for the first time in more than three decades to gain a better understanding of the history of what scientists believe could have been the first habitable planet in the solar system.

Plans for two separate and ambitious deep space missions to Earth’s nearest neighbour were announced on Wednesday by the head of the US space agency, Bill Nelson. Launches were targeted for a 2028-2030 time frame, he said.

Nasa has set aside $1bn (£700m) in developmental funding for the two ventures, which will be the first US exploration of the planet since 1989. The Magellan spacecraft that managers sent plunging into the oblivion of Venus’s atmosphere in 1994 at the end of its five-year mission provided never-before-seen imagery of the planet’s cratered and volcanic surface that Nasa now seeks to research further.

“It is astounding how little we know about Venus, but the combined results of these missions will tell us about the planet from the clouds in its sky through the volcanoes on its surface all the way down to its very core,” Tom Wagner, lead scientist of Nasa’s discovery program, said.

“It will be as if we have rediscovered the planet.”

The first mission selected by the space agency from a shortlist of four concepts first announced in February 2020 is Davinci+ (deep atmosphere Venus investigation of noble gases, chemistry and imaging).

It will measure the composition of the planet’s atmosphere to understand how it formed and evolved, as well as determine whether the planet ever had an ocean, Nasa said.

It will also send back the first high-resolution pictures of Venus’s geological features known as tesserae, which scientists believe are comparable to Earth’s continents.

The second mission, known as Veritas (Venus emissivity, radio science, InSAR, topography and spectroscopy), will map Venus’s surface to determine the planet’s geologic history and understand why it developed so differently than Earth. Images of surface elevations will allow the creation of 3D reconstructions of topography and provide clues to whether volcanic activity is still taking place.

The magazine Scientific American heralded the announcement as Nasa breaking its so-called “Venus curse”, in which the space agency is perceived to have allowed explorations of other planets to languish at the expense of a recent focus on Mars.

Thomas Zurbuchen, Nasa’s associate administrator for science, hailed what he called “a decade of Venus, to understand how an Earth-like planet can become a hothouse”.

“Our goals are profound,” he said. “It is not just understanding the evolution of planets and habitability in our own solar system, but extending beyond these boundaries to exoplanets, an exciting and emerging area of research for Nasa.”