Archives
« NASA is returning to Venus for two missions by 2030. Study that fuckin’ protomolecule, fellas!
Michael Keaton’s return as Batman in ‘The Flash’ teased in image from movie’s director! »

‘John Wick 4’ adds Donnie Yen as an old friend of Wick. This rules so fucking much! 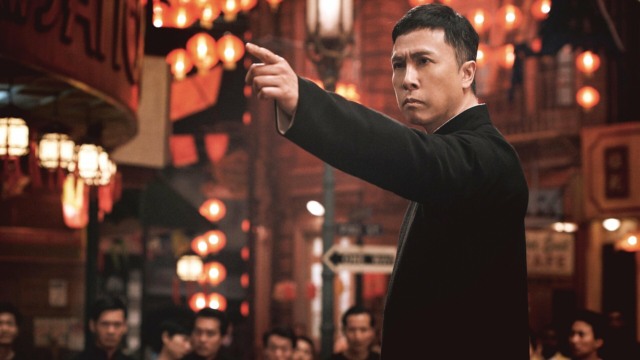 How do you make John Wick 4 even more fucking amazing? Goddamn, you cast Donnie Yen. I cannot wait for this movie. Man, fuck. Maybe delaying its filming was a blessing in disguise if it led to this gnarly-ass casting.

Donnie Yen has been cast in the upcoming John Wick: Chapter 4, per an exclusive report from Deadline. The sequel to 2019’s John Wick: Chapter 3 — Parabellum will see Yen portraying an old friend to Keanu Reeves’ titular assassin John Wick, who, according to Deadline, “shares his same history and many of the same enemies.”

John Wick 4 will be helmed by director Chad Stahelski, who served as a co-director on the first John Wick film alongside David Leitch before taking on solo directing duties for the following two sequels. The film’s screenplay is written by Shay Hatten and Michael Finch. Basil Iwanyk, Erica Lee, and Stahelski are producing with Reeves and Louise Rosner serving as executive producers. The project will reportedly begin production this summer on location in France, Germany, and Japan, with Berlin and Paris apparently featuring in the film’s story, although it will not be filming back-to-back with the planned John Wick: Chapter 5.

“We are very lucky to have Donnie Yen join the franchise,” said Stahelski in a statement provided to Deadline. “I am looking forward to working with him in this exciting new role.”

“Donnie Yen will bring a vibrant and powerful energy to the franchise,” added Iwanyk. “We were determined to bring him on board to John Wick 4 and are thrilled for the opportunity to have such a major talent to collaborate with Keanu.”

Yen joins the previously-cast Japanese-British singer-songwriter and model Rina Sawayama, who will be making her feature film debut in the John Wick sequel. No other casting has yet been announced.