Archives
« Views From The Space-Ship: The Shores of Consciousness
Lockheed Martin and GM are building electric, autonomous Moon buggy. Zipping around Luna! »

Nintendo planning to drop Upgraded Switch as early as September. Reveal coming ahead of E3, baby! 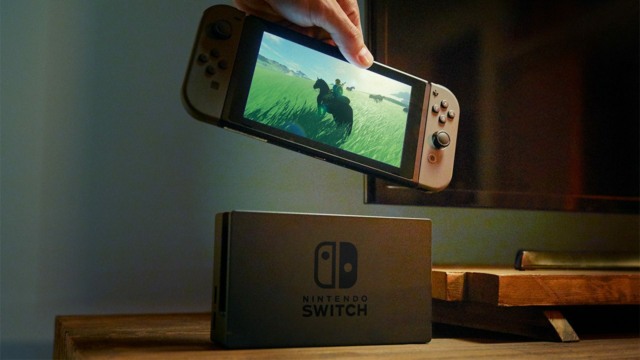 When I bought my wife a Switch Lite a couple weeks ago, it was with the idea that I’d be getting myself an upgraded full model this year. Was it a calculated fucking gamble? Yup! But that shit seems to be paying off with this new report. According to reports, Nintendo will be dropping their upgraded Nintendo Switch as soon as September.

(Bloomberg) — Nintendo Co. plans to begin assembly of its new Switch as soon as July and release the upgraded replacement for its four-year-old game console in September or October, people familiar with the matter said.

The new console, likely to be priced higher than the $299 original, may be announced ahead of the E3 conference starting June 12 to allow publishers to showcase their full range of Switch games at the global event, the people said, asking not to be named because the plans are not yet public. It will be sold alongside the $199 Switch Lite, with the standard Switch phased out over time.

Assemblers will start shipping the new model — whose commercial name is known only to a handful of people within the Kyoto-based company — as early as July and production is planned to ramp up to a peak in the October-December quarter. This is despite widespread semiconductor shortages that have affected the supply of everything from automobiles to TVs, headphones and games consoles, including the Switch itself.

Nintendo has to compete for gamers’ attention with a new console generation introduced by rivals Sony Group Corp. and Microsoft Corp. in November. Their PlayStation 5 and Xbox Series X machines beef up the visual fidelity, speed and performance of their predecessors, and both have been in extremely limited supply since launch. The Switch maker’s response will be to upgrade its flagship console with a 7-inch Samsung Display Co. OLED display and faster Nvidia Corp. graphics silicon making it capable of 4K output when docked to a TV, Bloomberg News previously reported.

An upgraded Switch can be extremely valuable in extending the lifecycle of the platform. Both Sony and Microsoft have had success with mid-cycle upgrades as a means to drive growth from live services and, as this becomes a greater driver for Nintendo, not fragmenting the user base across different platforms would be advantageous.

Pricier components and rising labor costs in China are likely to push the new Switch’s price up from the $299 that the console has been at since its launch in March 2017. Though the final retail price is not yet known, suppliers expect their per-unit revenue from business with Nintendo to increase.

Nintendo shares rose for six straight days ahead of Thursday, bringing it closer to all-time highs on apparent expectations of an imminent announcement of the new hardware.

Suppliers are confident they can fulfill Nintendo’s orders despite the ongoing chip shortages. Its production lines are better prepared for the potential component shake-up and the parts Nintendo is using are subject to less competition than those in its rivals’ more powerful consoles.

Still, the company’s ability to meet consumer demand won’t be guaranteed, as a dearth of display driver ICs and Bluetooth chips have led to production of the incumbent Switch stopping and starting several times, the people said. Nintendo President Shuntaro Furukawa said at its earnings press conference earlier this month that demand for the Switch remains high and the company wasn’t able to produce as many units as it wanted.