Archives
« Freshly Made Interstellar Plutonium Has Been Found in Pacific Ocean. Space Up In Our Shit!
Next Robert Eggers Movie ‘The Northman’ is Dropping in 2022. I’m Ready, My Dark Lord! » 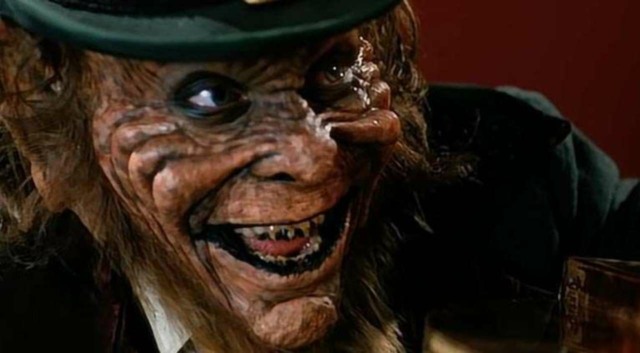 Spiral ain’t a half bad movie, and that’s because the director knows exactly what he’s working on. Now the dude hopes to rekindle the Leprechaun franchise and he understands one core thing. It ain’t no fucking Leprechaun without Warwick Davis. Give this man the property, and let’s get our boy Warwick back!

It should come as no surprise to horror fans that Spiral director Darren Bousman wants to tackle Lionsgate’s Leprechaun franchise. For years, the filmmaker behind Saws II-IV, Mother’s Day and Repo! The Genetic Opera has made it known that he wants to take the reins of the series concerning everyone’s favorite murderous Irish goblin. Bousman even tweeted once that his take on the property would see the titular character using a time machine to travel back to the Colorado Gold Rush.

During our recent interview for Larval Ink concerning his early screenplay The Desperate, Mr. Bousman again touched upon his desire to convince Lionsgate to give him the Leprechaun series.

“I would make a more direct sequel to the Leprechaun franchise,” he revealed. “I would not reboot it. I don’t want to do that. I would demand that Warwick Davis come back. I wouldn’t do it without him. The same way that, like, if there’s another Nightmare on Elm Street … that’s why I think the Jackie Earle Haley movie doesn’t work as well, because fans love [Robert Englund]. They love Warwick Davis, that’s what they want.”

Mr. Bousman also notes that he wouldn’t attempt a darker, grittier version of the character. Rather, he would tap into the wickedly playful tone of the original films. “I think that’s what’s so great about the Leprechaun films. They’re silly, they’re fun. They are violent, but it’s a pure popcorn movie. I would not try to change the tone. I would make it equally as batshit, bonkers crazy. It would be between the first film and Back 2 tha Hood. It would be somewhere in that tonal frame. It got really ridiculous as they went on, but that ridiculousness is what made them fun.”

Though Mr. Bousman has been pursuing the property for years, Lionsgate has yet to relent. With interest in his new Saw spinoff Spiral currently in the stratosphere with genre fans and mainstream audiences alike, one would imagine the company would be keen to let the filmmaker revive another one of their dormant properties. “I know, and it’s funny because I bring it up every time I’m on the phone with Lionsgate. I bring it up to them and I’m like, ‘Are you seriously still not gonna give me this franchise?’ I don’t know why, but they’re holding onto it. And I don’t understand why, because I think I can do something really crazy with it. Listen, maybe if Spiral is successful, I can sign a two-picture deal with them doing Leprechaun and The Desperate. So we’ll see.”

One horror nerd’s opinion here, but it’s high time for the Leprechaun series and its iconic villain to go theatrical again, and a filmmaker of Bousman’s caliber would only be a blessing for the pint-sized terror. Give the man the franchise already, Lionsgate, and I imagine he’ll hand you a pot of gold in return.