Archives
« ‘Venom: Let There Be Carnage’ Trailer: Do You Got A Woody For Carnage? Get It?
Astronomers Capture a Star Being Stretched Out and Wrapped Around a Black Hole. Called “Spaghettification” Which Rules, Too. » 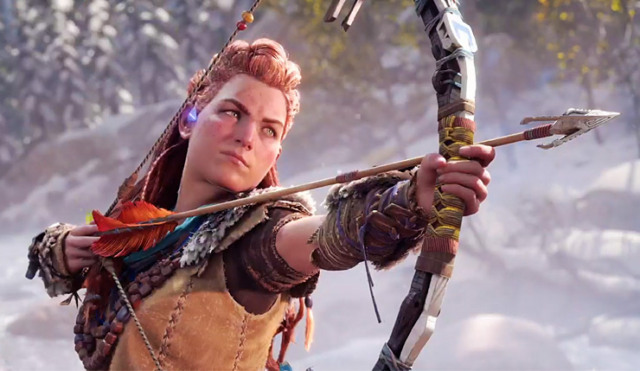 I’ve complained a lot about Sony’s dumb-ass moves this generation. I know, I know. But their first-party titles will have me continuing to pay fealty, and Jesus Fucking Christ are there a lot of them coming. In fact, them motherfuckers got over 25 games in the works and some of them are new IPs. Dope, dope fucking news. Also dope fucking news? Horizon: Forbidden West is still on for 2021, baby!

Sony is apparently looking to release more than 25 PlayStation 5 games under its PlayStation Studios brand. And “nearly half” of them will not be sequels or spinoffs, according to Wired’s interview with PlayStation Studio lead (and former Guerrilla Games managing director) Hermen Hulst.

That could theoretically be a lot more games than the four first-party Sony titles we already know about:

Twenty-one additional games could be a huge shot in the arm for the PS5, especially considering how slowly exclusives are trickling out; Gran Turismo has already slipped to next year.

Sony also may not be completely on the hook for producing all of the games that are unaccounted for, though. The PlayStation Studios branding is a bit murky. When it was first announced, Eric Lempel, the head of global marketing at Sony Interactive Entertainment, told GamesIndustry.biz that the branding “doesn’t mean that we outright own the developer, but it just means we brought it up as a first-party. In a lot of cases we don’t own the developer.”

Wired specifically name-drops indie games from outside studios partnered with Sony, including the upcoming Kena: Bridge of Spirits, and a game from Haven Studios. It’s unclear whether those and similar titles will be counted toward the more-than-25 figure. Sony didn’t immediately respond to a request for clarification.

Also, if Haven Studios doesn’t sound familiar, it’s because it was just formed in March when noted industry figure Jade Raymond left Google when it shut down its in-house Stadia development studios. That speaks to the idea that we many not be seeing some of these games for quite a while. Hulst did mention that some of the games would be small, however, likely taking less development time. That, along with the fact that many of the games won’t be part of existing franchises, is exciting for non-AAA aficionados like myself and could help relieve worries that it’ll take a decade for all these games to come out.

And while the games may not all be first-party games, that’s not necessarily a bad thing: Returnal was a PlayStation Studios game made by an outside developer, and it’s an example of an original game that’s received a lot of praise since its release.

It’s also worth noting that these games won’t necessarily be exclusive to the PS5. MLB: The Show 21 is a PlayStation Studios game that’s available on Xbox, and Horizon Zero Dawn has gotten a (somewhat troubled) PC port. Sony has also said it’s interested in bringing more of its games to the PC in the future. There are also, of course, games that will come out for PS4 as well as PS5: we know that Forbidden West will be released on the older PlayStation.

Even with all the caveats, it’s exciting to hear that Sony is working on a slate of games for the PS5, likely far beyond what we’ve already heard about. With Sony’s latest earnings report indicating that it’s sold 7.8 million PS5s, there are a lot of customers who will be looking for experiences that justify the cost of the PS5, and it seems like Sony is trying to make sure it’s got its bases covered.