Archives
« Epic Games Has Bought ArtStation and Cut Artist Fees On Its Online Marketplace. Is This Good?
Weekend Open Bar: Prowling For A Good Time »

Every Single Activision Studio Works On ‘Call Of Duty’ Now. Like, What The Fuck? 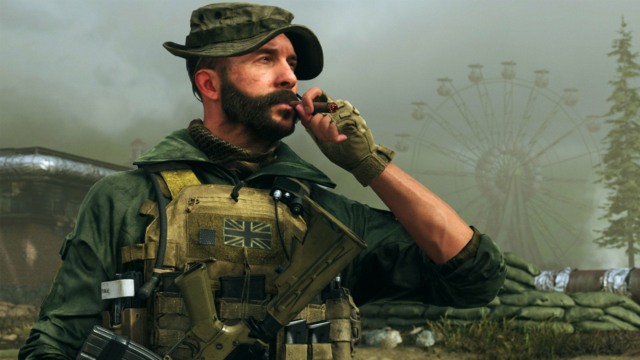 I’ve always known that Activision spends a lot of time, money, and talent on keeping the fat tits of the Call of Duty franchise milkable. Like I knew it was a Leviathan, but this news is fucking insane. It turns out that every single studio the company owns works on the franchise. Every single one! Which totally sucks in its own way. But, it doubly sucks when you think of all the games these talented developers are pulled off of.

You may have noticed that despite being one of the largest software-only video game publishers in the world, Activision does not…release all that many games. They make Call of Duty, every year, they have Blizzard working on games that do not come out very often at all, and they have King, their mobile games acquisition/money printer.

There have been running jokes about Activision essentially being little more than a Call of Duty machine these days but…it’s not really a joke.

This week, it was announced that Toys for Bob, a studio who has worked on Crash Bandicoot and Spyro was being retasked with supporting Call of Duty Warzone going forward.

Now, it seems like there may not be any Activision sub-studios that are not actively working on Call of Duty.

In addition to Toys for Bob, that includes the obvious big guns like Infinity Ward, Treyarch and Sledgehammer, but also Raven, Beenox, Demonware and High Moon. Vicarious Visions has now been absorbed into Blizzard.

It’s kind of wild to put so much stock in a single franchise, but Activision is married to this model where they must get a new Call of Duty out every year. But the cracks are starting to show. They used to have this down with a three studio rotation, giving each game enough time between new Infinity Ward, Sledgehammer and Treyarch releases, but things have changed. The last Sledgehammer game had to be scrapped and a new Black Ops had to be finished early. And on top of that, they now have the hugely popular Warzone battle royale mode to constantly update and keep current, so they need more help with that. Enter: every single studio they have, essentially.

It’s a rather stunning situation that is not really comparable to other mega-studios in the same league like EA or 2K or Ubisoft which juggle multiple franchises at a time with all their different developers. Activision’s frustration with Blizzard not being able to get new games out in a timely fashion has been apparent for a while now, as they’re used to annualized Call of Duty content and Blizzard having no games out other than remasters since Overwatch in 2016 feels like an eternity.

I mean, it’s…working? Call of Duty still manages to be the best-selling game of the year, every year, at least when a new Grand Theft Auto isn’t coming out. Warzone has been a massive hit since launch. So I can see why it would make sense for them to double down on this philosophy, especially with Blizzard still taking ages to release anything on their end (not that I blame them, and I don’t think they should rush anything that isn’t ready).

Still, it’s fundamentally disquieting to see a studio like Toys for Bob shed workers and then move from Spyro and Crash to Warzone, just like it was not great to see Vicarious Visions vacuumed up into Blizzard. These are studios that should be given license to start building their own IPs, rather than feeding decades-old franchises. I’m not sure how sustainable this is long term, but we’ll have to see. For now, the machine is humming along.

Update: A previous draft said that Toys for Bob was undergoing layoffs, but Activision has clarified this is not the case (recently), and it will continue work on Crash alongside its new Warzone job:

“Reports of layoffs at Toys For Bob are incorrect. There has not been a reduction in personnel recently at the studio. The development team is operating fully and has a number of full-time job openings at this time. The studio is excited to continue supporting Crash Bandicoot 4: It’s About Time, and more recently provide additional development support to Call of Duty: Warzone.”