Archives
« David Cronenberg’s New Sci-Fi Movie ‘Crimes of the Future’ Shooting This Summer. Goddamn, Fuck Yes
Every Single Activision Studio Works On ‘Call Of Duty’ Now. Like, What The Fuck? »

Epic Games Has Bought ArtStation and Cut Artist Fees On Its Online Marketplace. Is This Good? 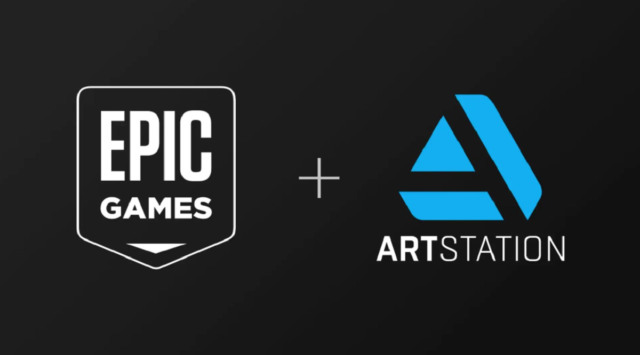 I sort of assume whenever a fucking monstrous entity swallows a smaller one that it’s fucking bad news. That said, apparently Epic Games is going to lower the fees that artists had to pay while selling shit on ArtStation. So, like, that’s good? I don’t know, man. All I do know is that I’ve seen some fucking dope-ass art on the site, and I hope this shit helps out the folks producing it.

Epic Games has acquired ArtStation, which operates a marketplace for artists to sell their art, post jobs, and host portfolios — and it’s cutting the fees that folks pay to sell their wares on the site. The companies said the goal is to accelerate the development and growth of the creator community worldwide.

This partnership underscores both Epic’s and ArtStation’s mission to empower creators with the tools and platforms to thrive. Epic Games recently raised $1 billion, and it’s on an acquisition spree to gather all things that might be relevant to the metaverse, the universe of virtual worlds that are all interconnected, like in novels such as Snow Crash and Ready Player One.

ArtStation and Epic Games have shared a relationship since the marketplace debuted in 2014. Epic Games’ Unreal Engine team has supported ArtStation and last year, during the height of the pandemic, Epic gave ArtStation an Unreal Megagrant. CEO Leonard Teo said in a blog post that the grant helped immensely during an uncertain period.

“Through our collaboration, we witnessed Epic’s deep respect for the ArtStation community and that we shared the same mission to empower creators. It became clear that by joining forces, we would have a much bigger impact,” Teo said.

ArtStation will remain an independently branded platform that Epic Games owns, and it will continue its current operations. Artists can still use the platform as they normally do, and the company will continue to be open to all creators across verticals, both 2D and 3D alike — including those that don’t use Unreal Engine. The company will be actively hiring and growing the ArtStation team.

One of the things that ArtStation will do immediately is drop its standard fee for art sales in the ArtStation Marketplace from 30% to 12%, matching the fee that Epic charges developers in the Epic Games Store.

For Pro members, the fee reduces from 20% to 8% and 5% for self-promoted sales. And ArtStation Learning, a streaming video service for artists, is free for the rest of 2021.