Archives
« ‘Castlevania’ Season 4 Trailer: Trevor’s Final Conflict Arrives on May 13
Epic Games Has Bought ArtStation and Cut Artist Fees On Its Online Marketplace. Is This Good? » 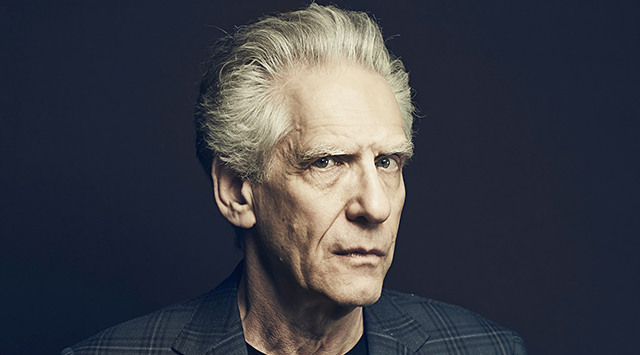 David Cronenberg is directing his first motherfucking movie in seven years this summer, folks. That ain’t the only thing to get your tits leaking, though. The son of a bitch, titled Crimes of the Future, is a science-fiction flick with an absolutely stacked cast.

According to Deadline, the films “takes a deep dive into the not-so-distant future where humankind is learning to adapt to its synthetic surroundings. This evolution moves humans beyond their natural state and into a metamorphosis, altering their biological makeup. While some embrace the limitless potential of trans-humanism, others attempt to police it. Either way, ‘Accelerated Evolution Syndrome,’ is spreading fast. Saul Tenser is a beloved performance artist who has embraced Accelerated Evolution Syndrome, sprouting new and unexpected organs in his body. Along with his partner Caprice, Tenser has turned the removal of these organs into a spectacle for his loyal followers to marvel at in real time theatre. But with both the government and a strange subculture taking note, Tenser is forced to consider what would be his most shocking performance of all.”

Earlier, April 28: David Cronenberg is officially returning to feature filmmaking, seven years after the release of “Maps to the Stars.” A new report from Screen Daily confirms the “Dead Ringers” and “The Fly” filmmaker is gearing up for a 30-day shoot in Greece for a new science-fiction movie titled “Crimes of the Future.” Cronenberg fans might recognize the title, as the writer-director made a film of the same name in 1970 about a dermatological clinic director searching for his mentor in the midst of a plague that has killed off women.

According to Screen Daily: “Shooting will take place over 30 days from August 2 to September 10, mostly around the capital, Athens, including at the Iris cinema, Arcade of Anatolia, and harbor of Piraeus. Local Greek outfit Argonauts Productions will serve as the Greek co-producer and production service company.”

Robert Lantos, the film’s producer, told Screen Daily’s sister publications KFTV and World of Locations, “I am looking forward to returning to Greece to shoot another film with Argonauts. It has been 14 years since we shot ‘Fugitive Pieces’  in Athens, Hydra and Mitilini, an experience of which I have fond and positive souvenirs. Athens is the perfect setting for ‘Crimes of the Future’ as it is bespoke tailoring for David Cronenberg’s unique vision of a future which intermingles with the past.”

Specific plot details for Cronenberg’s new “Crimes of the Future” are remaining under wraps. Earlier this year, Cronenberg’s frequent collaborator Viggo Mortensen told GQ that they were gearing up to shoot a secret project this summer. Mortensen starred in Cronenberg’s “A History of Violence” and “Eastern Promises,” earning an Oscar nomination for Best Actor with the latter. Mortensen described his upcoming Cronenberg movie as returning to the director’s body horror origins, plus having elements of a “film noir story.”

“It’s something he wrote a long time ago, and he never got it made,” Mortensen told the magazine. “Now he’s refined it, and he wants to shoot it. Hopefully, it’ll be this summer we’ll be filming. I would say, without giving the story away, he’s going maybe a little bit back to his origins.”

As Screen Rant notes, Cronenberg’s “Crimes of the Future” is one of several high profile new productions setting up shop in Greece. Rian Johnson is also filming his “Knives Out” sequel in the country.