Archives
« Views From The Space-Ship: Chimichangas For The Soul
Weekend Open Bar: Prepare for Kombat Tonight »

Russell Crowe Drops That He’s Playing Zeus in ‘Thor: Love and Thunder’ and I’m Completely In 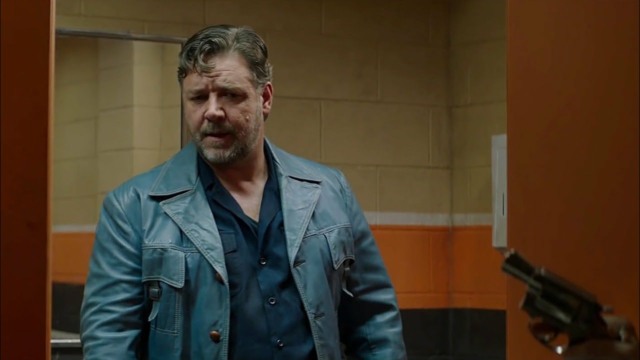 I had completely fucking forgotten that Russell Crowe was in Thor: Love and Thunder. But now the dude himself has reminded me with his reveal that he’s playing Zeus in the flick. All of this shit sounds good to me!

Last month, we learned Russell Crowe had a role in Thor: Love and Thunder. Now, we know who he’s playing, and it seems obvious in retrospect. Crowe will play the king of the gods himself, Zeus. The confirmation comes from Crowe himself, who either didn’t get the memo about keeping things hush-hush, or he didn’t care. In either case, Crowe spilled the beans during a radio interview.

During an interview with Australian radio station Joy 94.9 (via Coming Soon), Russell Crowe revealed he’s playing Zeus in Thor: Love and Thunder. “I’m going to get on my bicycle and I’m going to ride up to Disney Fox Studios,” said Crowe. “Around 9:15, I shall be Zeus. It’s for Thor. It’s my last day of Zeus-ing about and I’m going to enjoy it.”

In Greek mythology, Zeus is the king of the gods of Mount Olympus. That carries over into Marvel comics as well, where Zeus is “a member of the Olympians, a group of humanoid beings that hail from the pocket dimension of Olympus. He was worshiped by the humans of Ancient Greece and the Roman Empire. He is supreme monarch of the Olympians, God of the heavens, sky, and weather.”

We don’t know just yet how big a role Crowe will have, but I’m guessing it’s not going to be huge. In either case, it’s fun to see that the Thor franchise is bringing in even more god characters. Add more gods, I say! Get all of them in there. Why not? The sky’s the limit, literally. Crowe can ham it up with the best of them, and I’m sure it’s going to be very entertaining to see him as Zeus, no matter how big or small the role is.

Taika Waititi is once again directing the pic. Full plot details aren’t available just yet – but we do know the story will involve Natalie Portman’s Jane Foster becoming the female version of Thor, and Tessa Thompson’s Valkyrie, now the leader of Asgard, will be searching for a queen to rule alongside her.