Archives
« Officially Official: Michael Keaton is Playing Batman in ‘The Flash’ movie. Fucking A, glad they locked it in!
Konami Has Filed New Japanese Trademarks For ‘Castlevania’ and ‘Metal Gear Rising’ Like They Still Make Games Or Something! »

‘Celeste’ Developer Teases Next Game ‘Earthblade’ With A “Vibe Reveal” and What The Fuck Are We Saying? 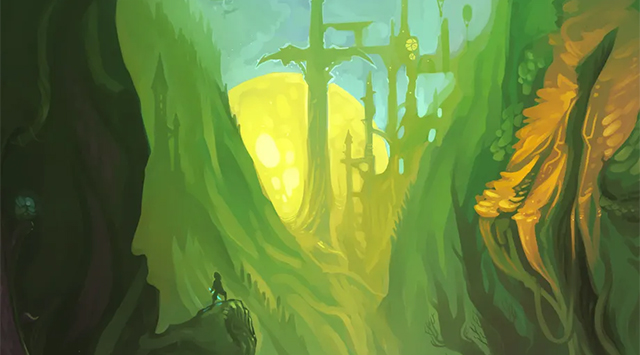 What the fuck is a vibe reveal? I only ask because apparently that’s what the developer of Celeste has done for their next game, Earthblade. I’m getting fucking old, nothing makes sense. My balls hang lower, and the young ones’ slang evades me. I don’t know! I don’t know about my place in this Universe. However, I do know that I’m fucking stoked for Earthblade, given that Celeste fucking owns. Even if a vibe reveal has me feeling ancient.

The developer of indie hits Celeste and Towerfall has unveiled its next game: Earthblade. There aren’t many details about the game just yet, but Extremely OK Games billed Monday’s news as a “vibe reveal,” taking the wraps off the game’s title, a poster, and a song from the game.

You can see the poster and the game’s logo (designed by Pedro Medeiros) and hear the song (composed by Lena Raine) in a teaser video posted on Twitter.

Earthblade ? Vibe reveal! (?sound on!)
A 2D explor-action game in a seamless pixel art world. The next release from the Celeste team, coming 20XX. pic.twitter.com/ceAM80PEaG

We might be waiting a while for the actual release of the game. Extremely OK Games has only officially listed a vague “20XX” release date, and the studio’s Maddy Thorson said in Monday’s announcement blog that “it sounds optimistic to say out loud that Earthblade could be released within 5 short years of Celeste.” (Celeste, if you were wondering, came out in January 2018.) “The truth is that we don’t know how long it will take, just that it will take as long as it takes (and that it will take a long time),” Thorson added.

We might also be waiting some time for more news about the game. “While making Celeste, we basically tweeted out whatever interesting-looking thing we were working on day-to-day, when we were in the mood for sharing,” Thorson said. “But an air of mystery lends itself particularly well to this project, so we’ve opted to save it all up for a big reveal that will hopefully blow your socks off. It’ll probably be a while before you get more information about Earthblade.”