Space Swoon: Mars got itself some glorious, beautiful blue dunes 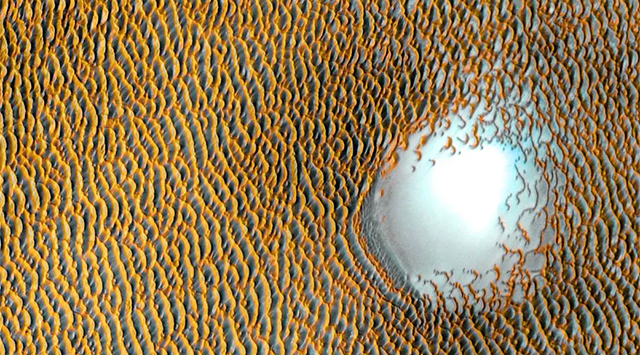 NASA released a stunning new photo of Mars on Thursday depicting a series of bright-blue dunes near the Red Planet’s polar cap.

The image is titled “Blue Dunes on the Red Planet,” according to a statement from NASA on the image. It depicts a gorgeous 19-mile-wide area of the martian surface awash with oranges and blues that look downright trippy.

NASA/JPL-Caltech/ASU
“A sea of dark dunes, sculpted by the wind into long lines, surrounds Mars’ northern polar cap and covers an area as big as Texas,” NASA said in the statement. “In this false-color image, areas with cooler temperatures are recorded in bluer tints, while warmer features are depicted in yellows and oranges. Thus, the dark, sun-warmed dunes glow with a golden color.”

Odyssey Anniversary
The photo is stunning — and it is actually a combination of images taken from December 2002 to November 2004 by the Mars Odyssey orbiter.

NASA used the Thermal Emission Imaging System (THEMIS) instrument on the orbiter to capture the images. The instrument has allowed researchers to discover what physical materials exist on the martian surface by measuring how they heat and cool over time.

“It’s hard to overstate how the THEMIS global map has filled gaps in our knowledge,” said Laura Kerber, Odyssey’s deputy project scientist, said in a statement from NASA.

The agency released this photo as part of a special set to celebrate the 20th anniversary of Odyssey orbiter. The spacecraft is the longest-working Mars craft in history. 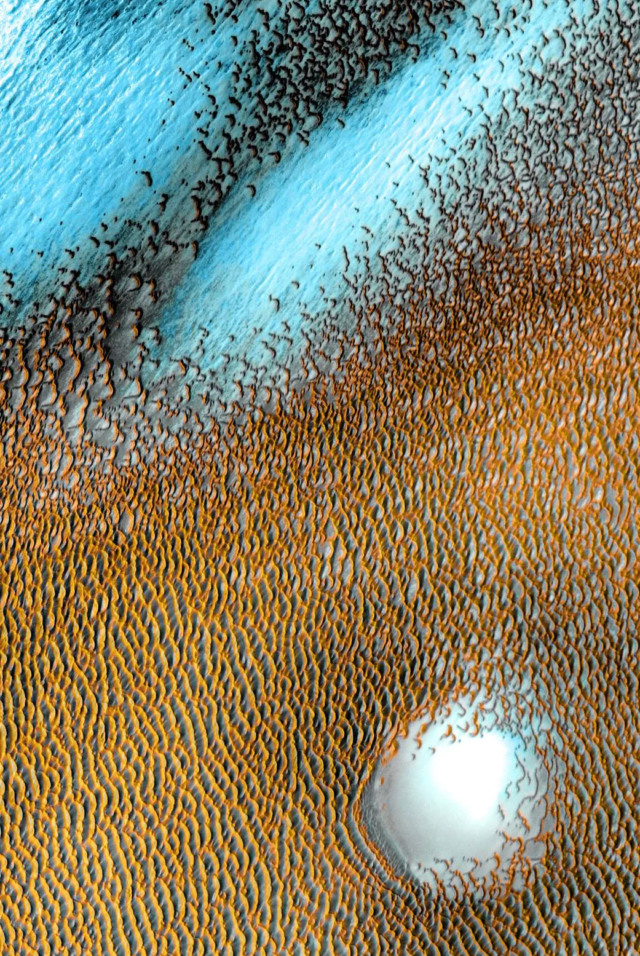