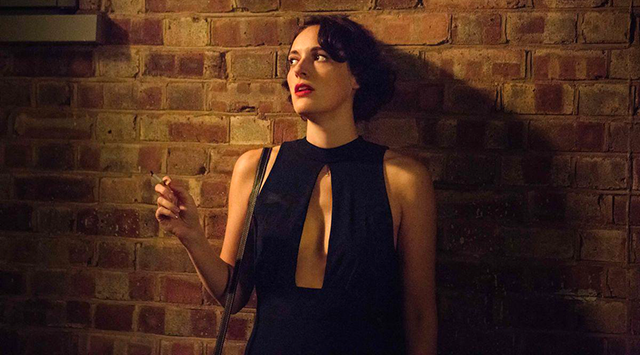 Well, it appears that Phoebe Waller-Bridge has joined the cast of Indiana Jones 5 and John Williams will be doing its score. I gotta confess, I forgot this shit is happening, and I sort of really wish it wasn’t. No Spielberg. Old-as-fuck Ford. Just, I don’t know. Let glorious, sleeping dogs lie.

Indiana Jones 5 has added a new face and brought back a familiar name. Fleabag creator/star Phoebe Waller-Bridge has joined the cast as the female lead, while the legendary John Williams is coming back to score the film. Harrison Ford is back as Indy, of course, with James Mangold directing. Plot details remain locked away, but production is expected to begin sometime this summer.

Disney and Lucasfilm have announced that Phoebe Waller-Bridge is joining the Indiana Jones 5 cast as the female lead. This isn’t Waller-Bridge’s first time working with Disney/Lucasfilm – she also had a role in Solo: A Star Wars Story. Plot details about Indiana Jones 5 aren’t available just yet, and we don’t know anything about Waller-Bridge’s character. Still, the news of her joining the cast is pretty damn exciting. One also has to wonder if Waller-Bridge, who co-wrote the upcoming James Bond movie No Time to Die, might be asked to contribute to the script as well. Jonathan Kasdan and David Koepp were both previously announced as working on the script, but Koepp is no longer involved, and the official press release curiously makes no mention of who is writing the film.

In addition to this casting news, we also now know that John Williams will be back to compose the film’s score, and thank heavens for that – imagine an Indiana Jones movie without John Williams’s music. Of course, while Williams will be back, Steven Spielberg will not – and that’s a detail that I remain slightly apprehensive about. Indiana Jones is so tied up with Spielberg’s identity that I have trouble accepting a new film without him. For a while there, Spielberg was intending to return to helm. But after several delays, the filmmaker handed directorial duties over to Logan director James Mangold. Spielberg will still serve as a producer on the project. Spielberg, Kathleen Kennedy, Frank Marshall, and Simon Emanuel will executive produce.

Mangold is a good filmmaker – but let’s be real, he’s no Spielberg. Nonetheless, I’m curious to see what he does here. “I’m thrilled to be starting a new adventure, collaborating with a dream team of all-time great filmmakers,” said Mangold. “Steven, Harrison, Kathy, Frank, and John are all artistic heroes of mine. When you add Phoebe, a dazzling actor, brilliant creative voice, and the chemistry she will undoubtedly bring to our set, I can’t help but feel as lucky as Indiana Jones himself.”

Deadline adds that the hope is to start filming Indiana Jones 5 this summer. By all accounts, this will be Harrison Ford’s last outing as the adventure-seeking archeologist. Indiana Jones 5 is set to open July 29, 2022.